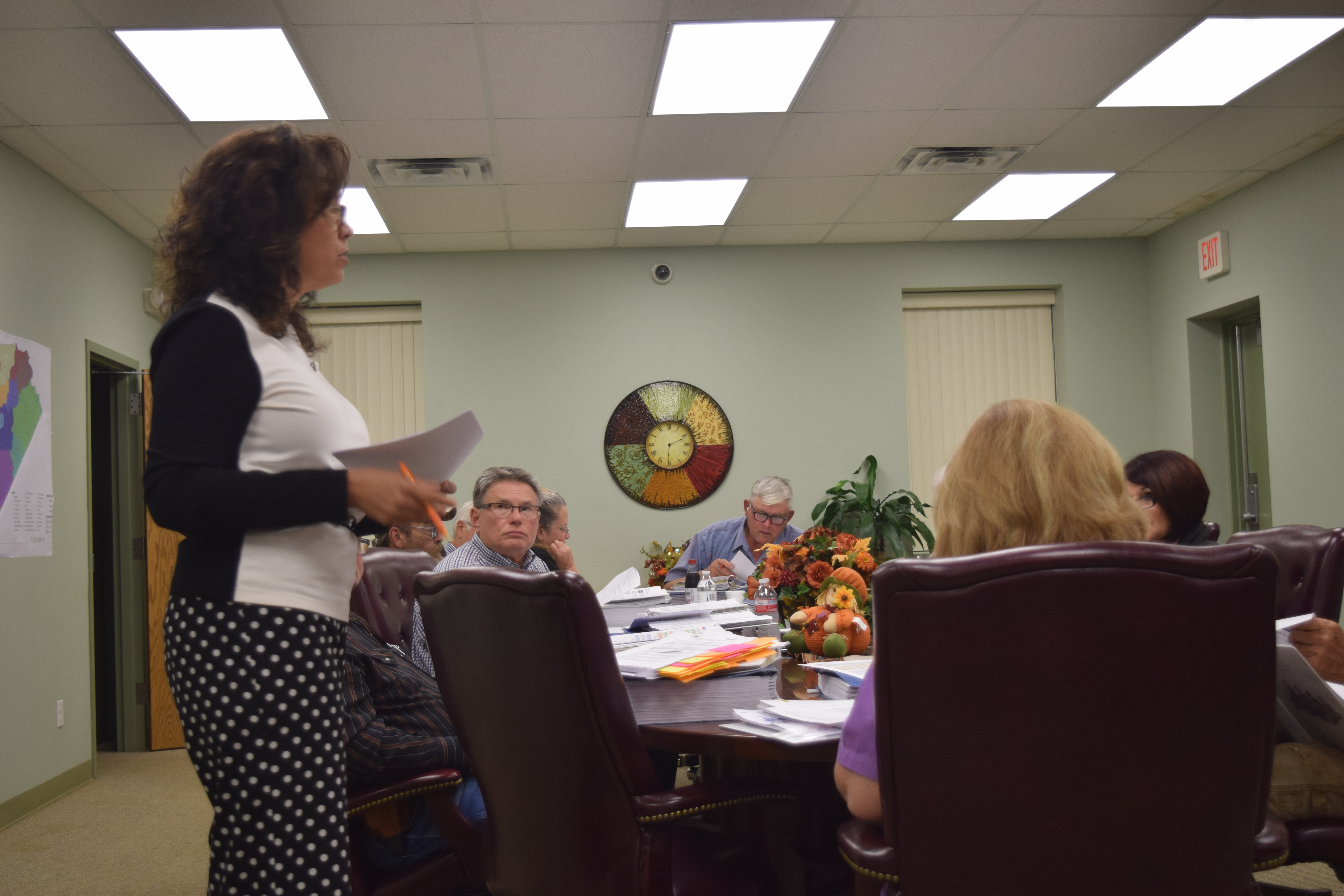 HOUSTON COUNTY – After flying under the radar for the last several months, new allegations of mismanagement at Consolidated Water Supply Corporation (CWSC) bubbled to the surface during the November 9 meeting of the CWSC Board of Directors. This time, however, the corporation’s own financial records were used to document excessive overtime, overfunding of the CWSC retirement plan and several other questionable actions.

The meeting was called to order just after 6:00 p.m. by CWSC Board President John Massingill and following the invocation, the first agenda item was a request from local businessman Kevin Holbrook to be allowed to address the board.

Holbrook began his delivery and questioned the CWSC policy on nepotism. After passing out a document to the board members, he said, “We received the payroll records for the last three years and put them on a spread sheet. We didn’t use anyone’s name and if you see a total and no name, that person is not related to anyone. Four of the top six employees were members of the Reed family (related to CWSC General Manger Sherry Reed).”

“It’s like that for everyone. Office help is getting $11,000 in overtime,” Holbrook said.

Before yielding the floor to the next speaker, Holbrook also indicated from 2010 until the early 2015, there were 18 employees at CWSC. As 2015 progressed, three more employees were added bringing the total to 21. His documentation, gleaned from audited CWSC financial records, showed while 3 new employees were added between 2014 and September of 2016 only 33 additional water meters were installed. The financial records further indicated from July to September of 2016, revenue for the corporation was up $43,725 for a yearly average of $524,700.

He added, “My concern was some of the amounts that were being charged by the corporation for different items so, I started looking at the different financials we requested through the Freedom of Information Act. I started going through some of these numbers and found some things that concerned me. As we reviewed the minutes of several of the meetings, I noticed in one of the meetings, y’all visited the issue of the retirement fund. That was one of the areas I was looking at. I couldn’t find any consistency in retirement fund contributions, so I started looking at the amount that was being contributed to it and the weird fluctuations on how much was being allocated to it in the in-house financial statements.” 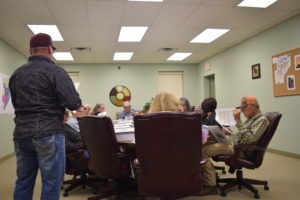 Brenner referenced the document and said “In 2010, you had $636,798 in annual salaries and $66,627 in retirement fund expenses. I know there are probably some things involved in administrative fees, but that is still a 10.46 percent contribution to the retirement fund. It ran along around 10 percent until 2014 and dropped down to 7.2 percent in 2015. Then in in 2016, from January until the date we got these, it was 3.77 percent which is more in line with what you expect to see in retirement funds.”

“It seemed odd,” he continued. “We went back and looked at those minutes and saw there was a motion to go back to levels based on the 2002 contract. I went back and looked at the amounts that were being contributed when it was roughly 10 percent. In 2002, if you take that back to 2002, that is 167 months. If those are the right contributions – the 2002 limit – you can annualize that. Basically, it’s about $2,400 more in contributions than were required. Over 167 months, back to that 2002 timeframe, you have probably overfunded the retirement fund by roughly $395,170.”

Brenner added, “I was just trying to get some information on what was going on with that so I started looking at some of the other stuff, like salary increases, and I noticed in the last 21 months, the monthly increase in salaries and payroll had increased by nearly $19,000 ($18,922) and that was another concern if the board could address that. I didn’t see a whole lot of increase in the number of employees, there were only three or four, at that time to equate to the $19,000 per month.”

Massingill commented, “We will have to look at these numbers to verify what you’re saying.”

“If you will give us time to do that, we will have to get back with you on this,” Massengill responded.

The next speaker to address the board was Kim Spellman, who began her remarks and said, “I’m going to pass out some information and then I’m going to take you on a walk. I know some of your faces and for those I don’t know, my name is Kim Spellman. I am a friend of Kevin Holbrook’s and I have been in this community since 2006. I work for Hewlett Packard Enterprise and have been there for 28 years. I am the Director of Worldwide Analytics and Data Management.”

“I started looking and listening to people in the community and last week I asked for a data dump,” Spellman said as she gestured towards a binder, approximately three inches in thickness.

She explained she examined the CWSC list of shareholders, the CWSC Articles of Incorporation, personnel policies and procedures, payroll records, CWSC meeting minutes from 2014-2016 and the Texas Rural Water Association 2016 Rate Study.

“I didn’t know what I was looking for, but I knew I was looking for something because where there’s smoke, there’s fire. As you can see in my crazy, methodical way, I looked and tried to assimilate some common threads. The common threads that I found were something that I would like this board as an obligation to members of this non-profit organization to take a good look at. I have some questions I would like this board to answer and you may not be able to answer them. Specifically as a non-profit organization and as board members you are the only entity that can look at from a general management standpoint and make some decisions as to whether to proceed or take corrective action. This is the body to do that.”

She said one of the areas she examined was the CWSC Conflict of Interest Policy which “…basically says employees cannot do anything where they will get personal gain. You guys can certainly read this verbatim, but at the end of the day – simply put – it states don’t make decisions if you are going to have personal gain from these decisions.”

As she continued, Spellman repeated she was still unsure what she was looking for but was still looking for the fire and saw 16 references to the retirement plan and “… 12 references from people in the community of mismanagement whether it was pay practices, overtime, payroll or whatever.”

Next, Spellman addressed the board about the retirement plan and said she would be interested in learning what the elements of the plan such as the contribution limits, matching limits and timing of the match.

She also referenced a matter Brenner referenced about a change to the plan and asked if it was approved by the board and if so, where was it documented? “There was one sentence (in the meeting minutes) where a motion was made to go back and renegotiate the principal to the 2002 contract value. I’m curious as to what that means. Does that mean there have been 13 years of something going on? I don’t know, I’m curious. Like I said where there’s smoke, there’s fire. Is there criminal action? I have no idea, but I would like to look to the board to do a forensic audit and really dive into those details.”

As she concluded, Spellman asked the board to consider the 16 references to the retirement plan as well as the 12 references to mismanagement. “I did put here and it is an awful thing to say – it’s not a personal thing – but I did write to terminate the employment of the general manger. This is a non-profit corporation. This is totally objective and looking at what I see, it doesn’t seem to add up. I need you, as our board members, to tell us what does add up. As I stated all of the materials I used to find this information came from Consolidated Water.