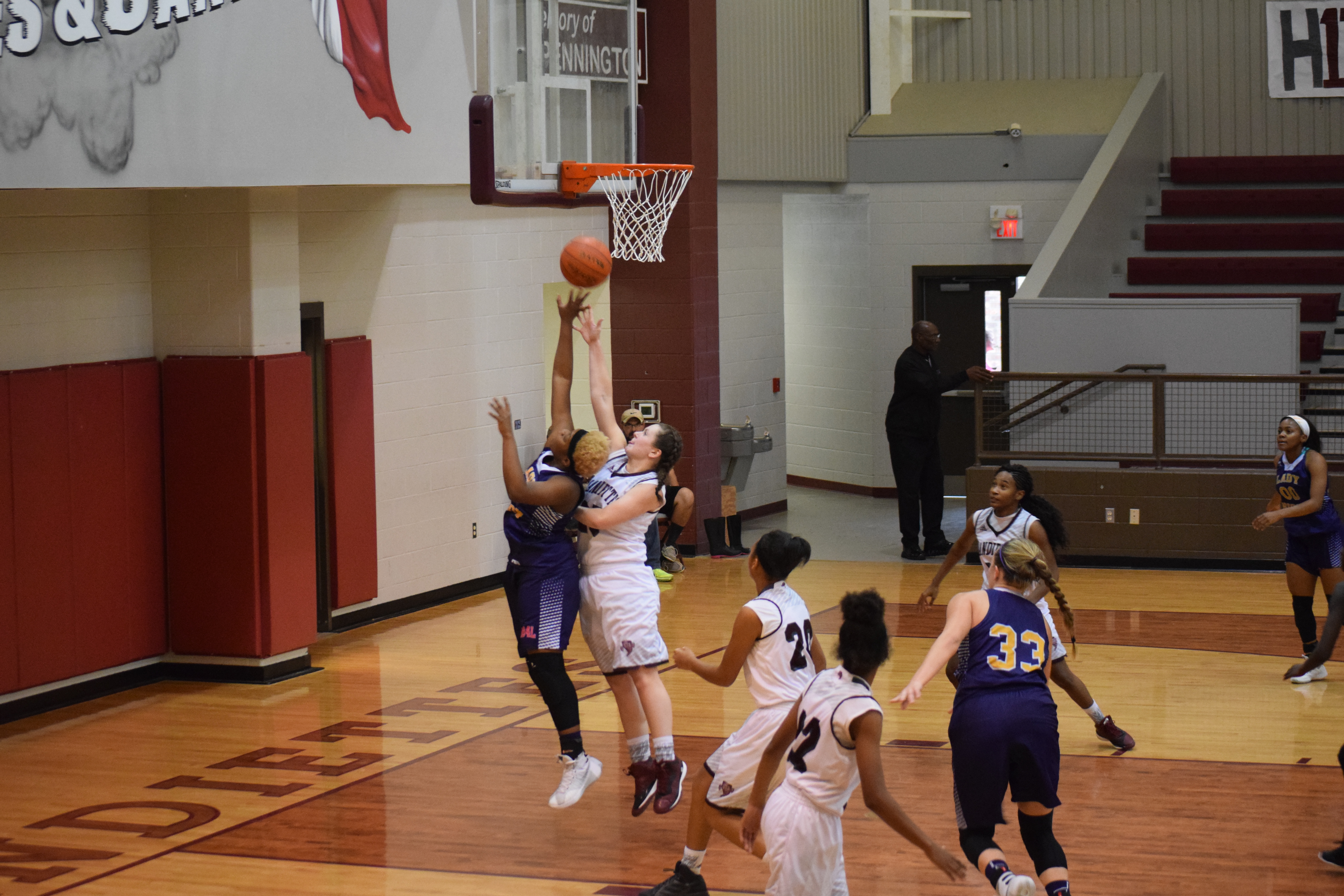 GRAPELAND – The Grapeland Sandiettes opened the 2016 -2017 basketball season on Saturday, Nov. 5 and served notice they may well be a force to be reckoned with as the season progresses. The Sandiettes hosted the Buffalo Lady Bison in the first game of the season for both teams and while it’s still way too early in the year to point to benchmark victories, Grapeland’s 46-45 win over Buffalo can certainly be used as a foun 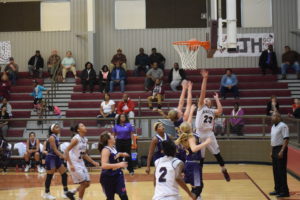 dation upon which to build for a successful season.

The Lady Bison, off of a deep playoff run last year, came into the game ranked as the #9 team in the Class 3A pre-season Texas Girls’ Coaches Association (TGCA) pre-season poll. While the TGCA ranking may have frightened some teams, it certainly didn’t seem to faze the Sandiettes.

The Sandiettes and Lady Bison tipped off at 3:00 p.m. and after the first eight minutes of play, the two teams were tied at 11. Buffalo’s All-State guard Jordan Jenkins led all scorers in the quarter with eight points while Lauren Pate dropped in two and Mollie Dittmar made one of two from the line.

The Sandiettes were led by Hannah Chipman with four points in the first period of play while the trio of Kenya Woods, Keke Harris and Jenna Lawrence had two apiece. Tatiyanna Bowie added a free throw for the Sandiettes to round out the scoring in the first quarter.

The second quarter saw the young Sandiette squad double up the Lady Bison. Chipman led the Sandies with 12 points in the quarter while Ragan Bowie nailed two three-pointers as Grapeland opened up a nine point lead after two periods of play.

Jenkins led the Lady Bison with five in the quarter. A’sia Bradley had two while both Pate and Dittmar netted one each to clos 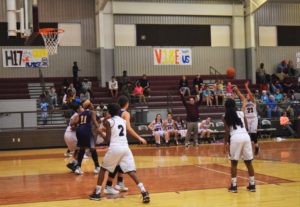 e out the half with the Sandiettes ahead by a score of 29-20.

While the second quarter belonged to the Sandiettes, the Lady Bison owned the third quarter. Jenkins poured in eight more while Dittmar and Samantha Pate had two each. L. Pate and Bradley both made a free throw as Buffalo cut the lead to one, at 35-34, with one quarter left to play.

Grapeland struggled offensively in the third and was only able to put up six as Woods, T. Bowie and Chipman all had two.

As the final eight minutes of play began, the Lady Bison took the lead at the seven minute mark by a score of 38-37 and pushed the margin out to four after Dittmar hit from inside with just over five minutes left to play.

With the score 43-39 in favor of the Lady Bison, Sandiettes’ Coach Anthony DeCello called time out to give his team a reminder about playing defense. The T.O. appeared to work as Grapeland clamped down on Buffalo.

Bowie scored inside and after the defense forced a turnover, Chipman made a layup to tie the score at 43 with 3:28 left to play. Earlier in the quarter, R. Bowie had been banged up but returned to the line up just in time to hit the game winner. After Bowie said she was good to go, Coach DeCello inserted her back into the lineup. As the clock neared the two minute mark, T. Bowie passed the ball to Chipman who drove the lane and kicked it back to R. Bowie on the wing. As the defense collapsed on Chipman, R. Bowie had an open shot. With a clear line of sight, Bowie calmly caught the ball, elevated over an approaching defender, flicked her wrist and singed the twine for three to give the Sandiettes a 46-43 lead they never relinquished. 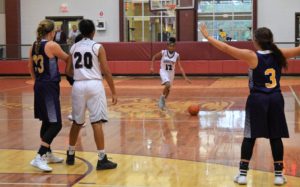 With time now becoming a factor, Jenkins made a late basket to cut the lead to 46-45. After a Grapeland turnover – on a disputed call – Buffalo was given possession of the ball and had a chance to win the game with 1.4 seconds left on the clock. The Lady Bison, however, were unable take advantage of the turnover as the Sandiettes hung on for their season opening 46-45 win.

Following the game, Coach DeCello discussed his team’s performance. “I thought it was a great team effort. They have a fantastic guard (Jenkins) and it was a team effort to try and slow her down. We knew we couldn’t just have one person guard her and stop her. It was a team effort, defensively.”

“Offensively,” the coach continued, “I thought we had some super back door plays and some really nice passing. Some of our young kids stepped up in big situations. They fought all the way to the end. We missed some free throws and layups, but we still persevered. I thought it was a big win for us.”

Grapeland was four of 15 from the line and when asked about the free throw woes, DeCello commented, “We need to do a little bit more work on our free throws. We have been working on them, but I think it’s a different environment when you get in a game situation. I told them after the game the Buffalo kids have probably played in 90 some odd varsity games and some of our kids have now played in one. That’s a lot of pressure and they’re not used to that. We had some freshman kids who shot a few in the last few minutes and they didn’t make them. They’ll learn from this experience and it will be a good lesson, as we move forward.” 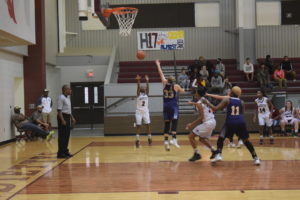 en asked about Bowie’s game winning three, DeCello laughed and said, “She was sitting on the bench because she had gotten hit on her lip. I asked her if she was ready to play and she said yes. I told her I was going to get her a three in the corner. She said okay and then we made up something during a timeout. I put Tatiyanna out there and told her to give it back to Hannah. I told Hannah to attack the basket, kick it out to Ragan and she would knock down a three. And, she did it! It was a draw it up in the dirt type of play!”

The Sandiettes received 24 points from Hannah Chipman, to lead all scorers. Ragan Bowie had nine on three, three-pointers. Tatiyanna Bowie had five points, while Kenya Woods had four and both Keke Harris as well as Jenna Lawrence had two each.