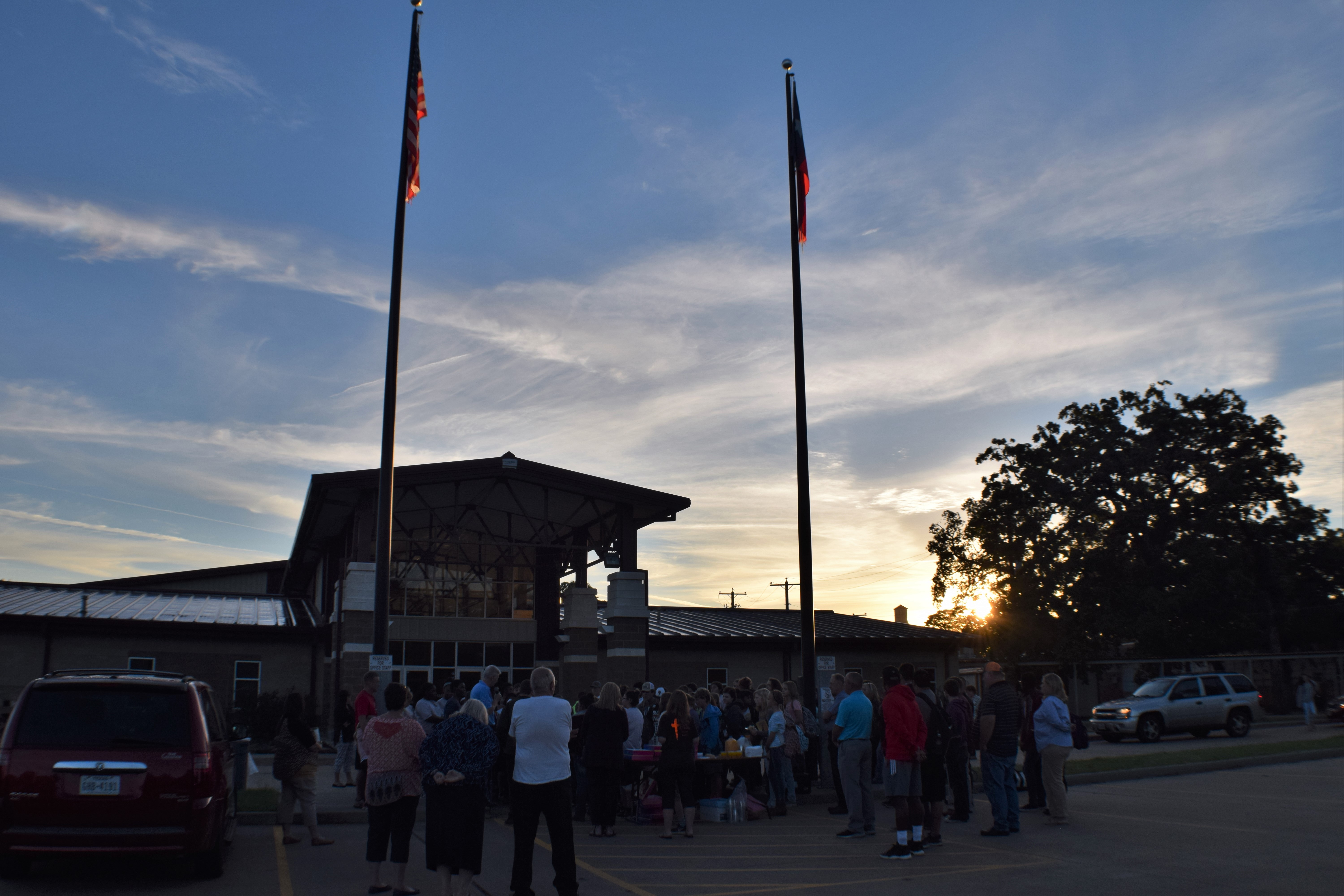 GRAPELAND – On Wednesday, Sept. 28, students from Grapeland ISD gathered at the flag pole in front of Grapeland High School to participate in an annual event known as See You at the Pole (SYATP). This year’s theme was “We Cry Out – A Generation Seeking Him!”

The event had its origins in 1990 when “… a small group of teenagers in Burleson, Texas, came together for a DiscipleNow weekend. Little did they know that God was about to move in power. On that Saturday night, the students were broken and burdened for their friends. Compelled to pray, yet not knowing exactly what to do, they went to the school flagpoles and prayed for their friends, schools, and leaders,” the SYATP website stated.

Now in its third decade, the SYATP event attracts millions of students every year on the fourth Wednesday of September to pray to God with friends in secondary schools and colleges throughout the community country and the world.

GISD Superintendent Gregg Spivey welcomed the estimated 100 plus students in attendance and recalled how he first came to accept God into his life.

He said he had been thinking about the mysteries of life and death when he was in high school and wondered if when a person died, if that was it. Spivey said a few days later, he was flipping through the television channels when he came across a televangelist who posed the question, ‘Do you want to have eternal life?’

“Well, that’s exactly what I wanted! I listened to him a little bit and he explained how yo 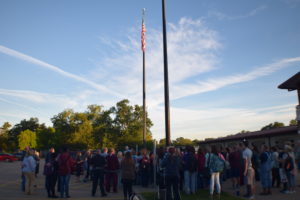 u do that. He said you had to admit that you’re a sinner and that Jesus is God’s son. He came to earth, died on the Cross and was raised so we could be forgiven of our sins. He said if you just ask him into your heart and into your life to take control, then you will have everlasting life. So, I did it – right then and there. I said a little prayer and after I was finished, I felt a chill go down my spine,” he explained.

Even though he had accepted the Lord into his life, the superintendent said he basically wasted the next 20 years of his life and “went a little crazy.” Eventually, Spivey got to the point where he said he was tired of living that way and asked the Lord to come into his life.

“I finally just said, ‘Lord, please. Please come into my life and take over. I’ve been doing it my way all this time and it isn’t working. I’ve messed it all up just about as much as you can mess it up. Please, come back into my life.’ You know what? He did and from then on, life has gotten better and better,” Spivey explained.

He explained the reason he was telling the students his story was because he believed others might have the same questions he had when he was in school.

As the event continued, several uplifting Bible verses were read before Spivey added, “The number one thing we should do as Christians is love each other. That is one thing that if everyone did that, we would have a beautiful perfect world. We are different, but we can still love each other. I care about every one of y’all and I love each and every one of you. I hope you feel the same way.”