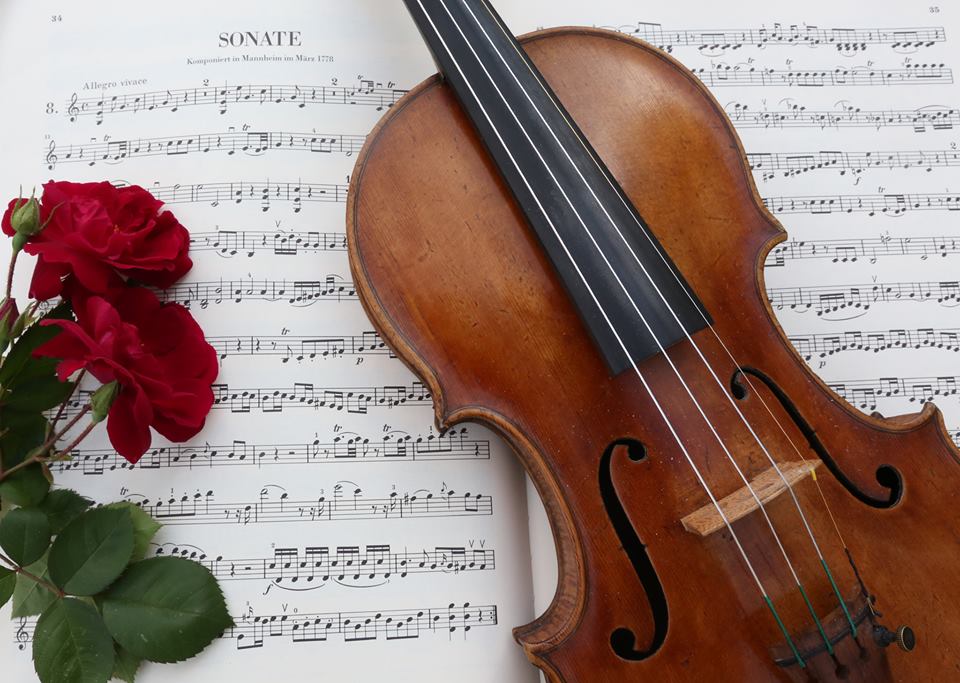 HOUSTON COUNTY – The oldest county in Texas has a rich musical past and present. With venues like Camp Street Café and the Lovelady Old Gym, along with the concerts brought to the area by the Piney Woods Fine Arts Association (PWFAA), area residents have the opportunity to see a variety of musical performances. Throw in events like the Bluegrass Festival, the Fiddlers Festival, the Gospel Bluegrass Festival, the Summer Lightnin’ Series, along with the recently established PWFAA Music and Arts Festival, and area residents have a free-flowing fountain of artistic talent running through the area.

While the venues and events bring a bevy of musicians to Houston County, local talent is sometimes lost in the shuffle. That may be about to change, however, with the announcement of the inaugural semester of the Bloecher Strings Academy. According to the organization’s website, “Bloecher Strings Academy is a music education program that will launch in the fall of 2016 in Crockett. Specializing in a variety of musical styles, Bloecher Strings Academy will offer private and group instruction on the violin or viola and will additionally offer courses in music fundamentals for ages four and up. The Academy will provide students with excellent leadership from professional violinists and violists, as well as multiple performance opportunities within their community through recitals, master classes, workshops, and more. In an encouraging and Christ-centered atmosphere, the Academy bases its teaching on the pedagogy of renowned musician-teachers such as Dr. Shinichi Suzuki, Paul Rolland, Mimi Zweig, Rebecca Henry, Dr. Ching-Yi Lin, and others. The Academy will also offer Mommy and Me music classes for two and three year olds where children and their parents will receive a fun and interactive introduction to musical concepts.”

The Academy is owned and operated by Joshua and Alyna Bloecher who met while attending college at Western Kentucky University (WKU). The couple recently relocated to the East Texas area and bring with them 20 years of performance experience, as well as a nine year background in musical instruction to both children and adults.

Earlier this week, Alyna Bloecher stopped by The Messenger offices to discuss their plans for the academy. “We (Alyna and Josh) were both trained at the WKU Pre-college Strings program. Their program consists of weekly private lessons and weekly group classes. They do a lot of recitals for the kids, as well. We want to pattern our academy after that because we were trained in that manner and we feel it works very, very well,” she said.

“That’s our goal – to be able to offer that – but we also want to dabble with doing things with younger children, too. The academy would be for ages four and up, but we want to start what we call ‘Mommy and Me’ classes for kids who are two and three. These would consist of a lot of preparatory music, a lot of fun and games and things the kids can do with their parents while they are in class. The goal is to gear them towards being ready to play the violin when they turn four, if they want to go into the academy. It also gives them a good musical foundation, wherever they may go.”

Bloecher was asked if the children who enrolled were taught to read music. She replied, “Yes, we do teach that. When they start in the academy, with either the violin or the viola, we don’t immediately start with reading music. We train by ear and once the technical foundation is laid, then we introduce note reading. That could be a year down the road, depending on the age and cognitive level.”

As to how the academy would be structured, Bloecher said, “The program is set up where the students would commit to classes twice per week. There would be a private class and a group class. As the students grow, there may be some students who have two lessons a week and their group class.”

“The classes,” she continued, “will be more towards the classical (music) side. That’s what we’ve been trained in and that’s what we know very well. Now, we have done work playing the fiddle, we’re practicing up on that and we want to be able to offer that to the kids. We are eventually going to try and do a combination.”

Cost-wise, Bloecher said they were trying to keep the academy at an affordable level because, “… we want to reach as many people as possible. The ‘Mommy and Me’ class is only $5 per week. That’s for any parent and their child and runs for 13 weeks. In our violin and viola programs, we have three different levels. We can start with 30 minute lessons, we can do 45 minute lessons and we can do 60 minute lessons. The price range is between $320 for 13 weeks up to $500 for 13 weeks. That gets the students both their private and group lessons. We also do studio and master classes, along with recitals and other events.”

As the interview continued, Bloecher was asked how they found Houston County coming from Kentucky. “What we really like about this is we didn’t see a lot of what we do here, so we saw this as an opportunity to bring something new to a place where people may not have had an opportunity, yet. We were very excited about that! My husband also got a job here which made it very doable for us,” she said.

The Bloecher Strings Academy will open on Sept. 12. “Right now we will be at the First Baptist Church in Crockett. They have a great choir room set up that they have agreed to let us use. Hopefully, after a few semesters down the road, we will have our own place,” she said.

For more information please visit the Bloecher Strings Academy website at www.bloecherstrings.com. The academy may also be reached by phone at (270) 627-2636.

Growing Up Grapeland
They Say You Can’t Go Home Again
“And the 2016 Peanut Queen Is….” 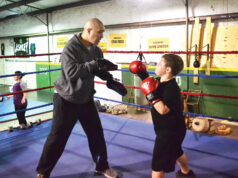 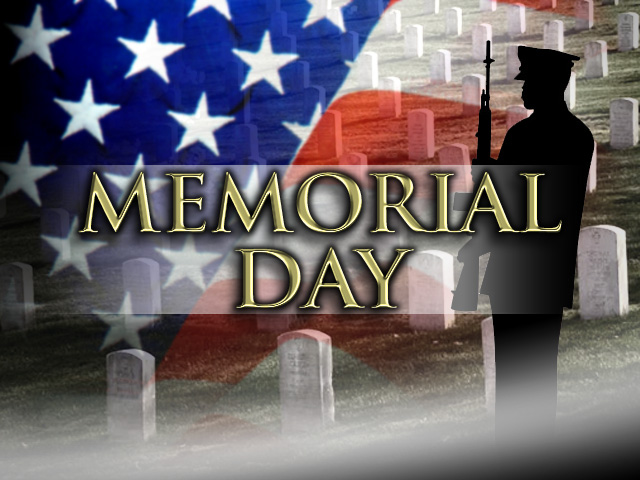 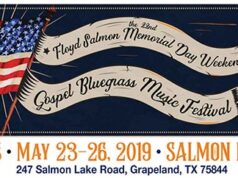