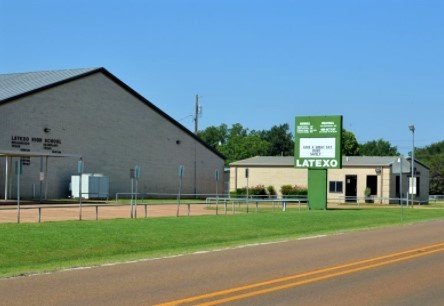 LATEXO – Latexo ISD Board of Trustees met in a special called session on Thursday, December 9. Upon calling the meeting to order, the board moved directly to the agenda items at hand.

The first order of business was a resolution by the board to approve credit card signatures for new credit cards for Citizens National Bank. Superintendent Michael Woodard explained that the cards will replace four cards being currently used by the district. The problem with the current cards is they have four different limits, and on several occasions, users have been left in precarious or embarrassing situations where the cards were declined or otherwise didn’t work properly. The new cards will all be for a single account with a single credit limit, which should alleviate the problems with the existing cards. The measure was unanimously approved.

The next item for discussion was a waiver for grade 7 reading instruments. Woodard explained that the school was in compliance with a program put in place to help students get back up to speed after the COVID shutdowns and the alternative schooling methods that had to be used at that time. Latexo, however, uses different instrumentation to accomplish that means, and needs a waiver in place to continue through the remainder of the year. Woodard also mentioned that the program as it exists in Latexo could possibly be approved for next year, but it is also possible that the district may have to switch to a different program after the waiver expires. The measure was unanimously approved.

The board then retired into executive session where the resignations of three district employees were accepted, and one new hire was approved.