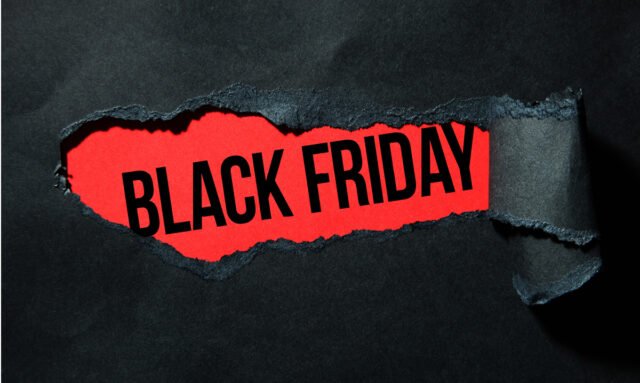 EAST TEXAS – For many shoppers, the day after Thanksgiving is the pinnacle in bargain hunting. For retailers, it is the busiest day of the year. For those poor, unfortunate souls manning the check-out registers on this day, it is one of the most stressful, goodness of humanity questioning times they will face. All of them know this day as Black Friday.

Even though the songs are not about shopping, the lyrics of Steely Dan and Neil Young songs seem appropriate for the madness that will ensue the day after Thanksgiving. Young sang about how, “They give you this, but you pay for that,” while Steely Dan’s Donald Fagen and Walter Becker sang, “When Black Friday comes, I’ll stand down by the door,” and added, “When Black Friday comes, I’m gonna stake my claim.”

How did a normally quiet Friday after Thanksgiving, when most people have the day off to recuperate from too much turkey, dressing, pie and football, come to bear such an ominous moniker? The answer lies in who you ask.

Black Friday has been viewed as the “official” start of the holiday shopping season since the first Macy’s Thanksgiving Day Parade in 1924. Before then, it was simply known as a day that had large “After Thanksgiving Sales.” Just as it is now, the day was one of the busiest shopping days of the year.

During the latter part of the 1930s, however, President Franklin D. Roosevelt started to think about making Thanksgiving an officially recognized federal holiday. In 1941, it was made official and the day of Thanksgiving was formally changed to the fourth Thursday in November. This gave merchants an extra week to sell their goods during the Christmas season.

These days, Black Friday has become so popular with shoppers that many larger retailers open their doors late Thanksgiving evening, or in the wee hours of the following Friday, in order to get the most hours out of the day.

Michael D’Antonio and John Gerzema of the L.A. Times write, “The day was originally nicknamed Black Friday by police officers who dreaded the traffic jams, bumper thumping and misdemeanors that arise when so many people converge on shopping districts and malls.”

Another origin of the term comes from the world of accounting. If a business is not turning a profit or losing money, it is said to be in the red. When it shows a profit, it is said to be in the black. For years, many retailers would barely show a profit or show a loss until the Friday after Thanksgiving. The enormity of the sales generated on this day would push their profit and loss statements into the black, hence the name “Black Friday.”

Another theory of the term comes from the stress that both shoppers and employees feel during this day. The massive influx of humanity into store aisles led to chaos and sometimes even violence between those looking for the best deal. Retailers would advertise a certain product at a deep discount and then only have a limited supply.

The results were often ugly as customers would literally fight over the last remaining item. Or the store cashier would catch the brunt of a consumer’s ire for not re-stocking the shelves or simply being out of a certain item. Think about Cabbage Patch dolls during the 1980s, Beanie Babies in the 1990s, the Wii or razor scooters in the 2000s.

As mentioned earlier, bargain hunters have seen the tentacles of Black Friday stretch into the Thanksgiving holiday as some retailers are beginning to start their sales on Thanksgiving Day. Some people have even been camping out for the better part of a week just to secure that ultimate deal.

A few years ago, several people in St. Petersburg, Fla. were spotted camping out in a Best Buy parking lot since the week before Thanksgiving.

Speaking to a local TV station, one lady said, “You can’t beat some of the deals they have on plasmas, flat screens, and laptops. You get to buy it in large quantities. We’re all students. You’ve got to pinch a penny. It’s affordable right now.”