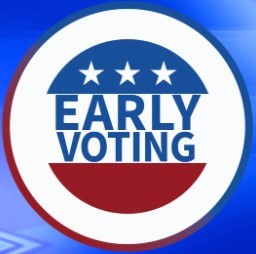 Voters located outside Houston or Anderson Counties can visit www.voteamerica.org to search for their early voting locations.

The eight constitutional amendments on the ballot are as follows:

In 2015, voters approved a rule to allow charitable raffles at professional sports games. The resulting change created fundraising opportunities for education, cancer research and youth programs, according to an amendment analysis.

This amendment would authorize counties to issue bonds or notes to raise funds for transportation infrastructure in underdeveloped areas. Already, cities and towns have the authority to fund projects with this financing method.

Counties would repay these bonds by pledging increased property tax revenues, but these funds cannot be used for construction, maintenance or acquisition of toll roads.

If approved, Proposition 3 would ban the state from prohibiting or limiting religious services, including those in churches and other places of worship.

The move stems from conflicts over churches that closed during the early months of the pandemic in 2020. Some local officials extended stay-at-home orders to include places of worship, requiring them to limit attendance or make services virtual — a trend Gov. Greg Abbott and other Republicans pushed back on.

Critics of the proposal worry the change could prevent the government from acting to protect people in future emergencies, such as evacuations and public health emergencies.

Additionally, candidates running to be a district judge would need eight years of law practice or judicial experience in a Texas court, up from the current requirement of four years.

Proponents of the change argue it could create a higher-quality judiciary, but opponents say the proposed requirements could reduce voter choice and diversity within the candidate pool. In Texas, judges are elected by popular vote.

Proposition 5 would allow the State Commission on Judicial Conduct to have oversight of candidates running for judicial seats by accepting complaints or reports, conducting investigations and reprimanding them. The commission, an independent agency created by the state Constitution, already has these powers over current judicial officeholders.

This amendment would allow residents of nursing homes and assisted living facilities to designate one essential caregiver who cannot be denied in-person visitation rights. If the proposition passes, the Legislature would create further guidelines for these caregivers.

Like Proposition 3, Proposition 6 also comes as a response to pandemic-era restrictions. Nursing homes, which were hit particularly hard by COVID-19, saw extended visitation restrictions that prevented residents from seeing family and friends for months.

Proposition 7 would put a limit on school district property taxes incurred by the surviving spouse of a person with disabilities older than 65 who has died. The surviving spouse must be at least 55 years old at the partner’s time of death and still live in the home.

The amendment is necessary to update the Constitution in accordance with the tax code, which was modified in the 2019 legislative session to include this change. If approved, individuals eligible for these tax breaks could receive refunds on collections in 2020 and 2021.

Proposition 8 would expand eligibility for residential homestead tax exemptions to include spouses of military members killed or fatally injured in the line of duty. Currently, the exemption is extended to spouses of military members killed in action. The new eligibility would include people killed in accidental vehicle crashes or non-hostile events. 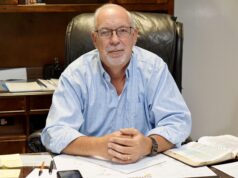