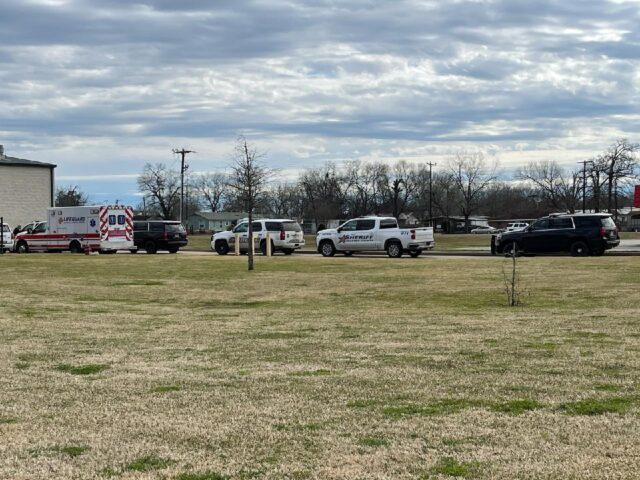 GRAPELAND – During the mid-morning hours of Friday, Feb. 5, it was learned a male subject stole a Grapeland police vehicle from in front of Prosperity Bank in Grapeland.

The suspect, whose identity has not been released as of yet, fled the scene and drove to Latexo, where he abandoned the vehicle at the Latexo Hotspot.

At that point, a resident of Latexo said the suspect walked to their residence and inquired about a truck which was for sale. The resident said while they were talking, the male subject received a phone call and walked away.

Law enforcement set up along US Hwy 287 to see if they could perhaps apprehend him before any further criminal activities occurred.

The suspect, however, allegedly made his way back to Grapeland. After receiving a call from HCSO Chief Deputy Roger Dickey about the ongoing incident, Grapeland ISD was placed on lockdown.

“We were on the look out for him. We had a description of him and we texted our parents through our messaging system. We also e-mailed the teachers to let them know exactly what was going on,” Grapeland ISD Superintendent Don Jackson said.

At approximately 12:05 pm, information was received the suspect was observed in Crockett sitting on a bench in front of the Houston County Courthouse Annex. He was apprehended without incident and taken to the Houston County Jail where he was booked into custody.

Grapeland Police Chief Kody Stephens said, “I would like to thank the Sheriff’s Office and the Crockett Police for their assistance. I would also like to thank TDCJ (Texas Department of Criminal Justice) for using their dog unit. They helped out a lot. It truly was a group effort.”

This investigation is ongoing. For more information on this story as it develops, please check back online at www.messenger-news.com.