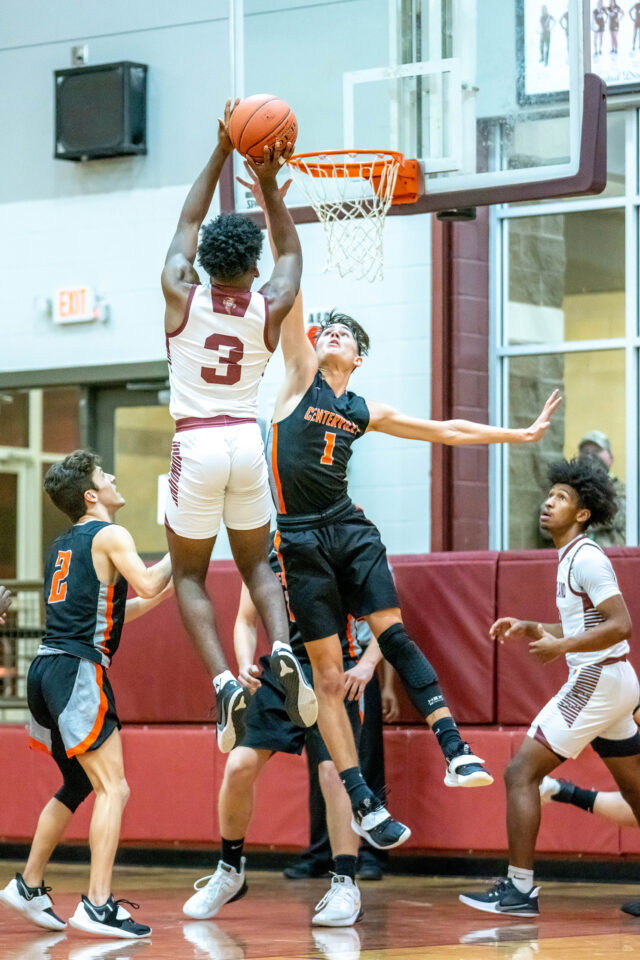 GRAPELAND – The Grapeland Sandies were in action on Friday evening as they welcomed the Centerville Tigers to town for a District 20-2A matchup.

The Sandies were coming off of a 30-point win over the Leon Cougars while the Tigers had barely slipped by the Lovelady Lions, 63-57.

Grapeland is seeking their 13th consecutive district title this year and the teams they face throughout league competition are bringing their “A” games to try and knock the Sandies off the top of the mountain.

Such was the case on Friday night as the Tigers probably played their best game of the season. Still, it wasn’t enough as Grapeland used a huge second quarter to propel themselves to the 72-61 win.

As the game got underway, both teams struggled from the floor which allowed Centerville to take a 16-15 lead after the first eight minutes of play.

The second quarter, however, belonged to the home team as they held the Tigers to only nine points in the period. The Sandies, meanwhile, rattled off 23 points to take a 38-25 lead into the locker room at halftime.

Following the break, the Tigers tried to increase the tempo of the game and managed to shave four points off of the Grapeland lead.

With a 52-43 lead to start the final eight minutes of play, Grapeland put the Centerville squad away as they opened up a 20-point lead before settling for the 72-61 win.

On the game, the Sandies were led by Cadarian Wiley with a double-double of 23 points and 17 rebounds. BJ Lamb also had a stellar game with 22 points, five boards, seven assists and six steals.

Riley Murchison added five points and Omarian Wiley had four to round out the Grapeland scoring on the night.

The win keeps the Sandies in a first-place tie with the Latexo Tigers. Both teams have 2-0 records in the early part of district competition. 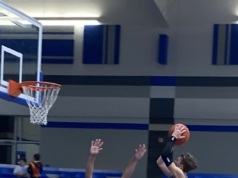 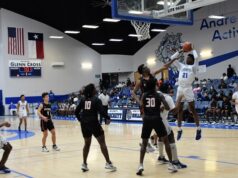 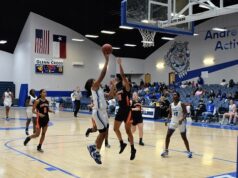