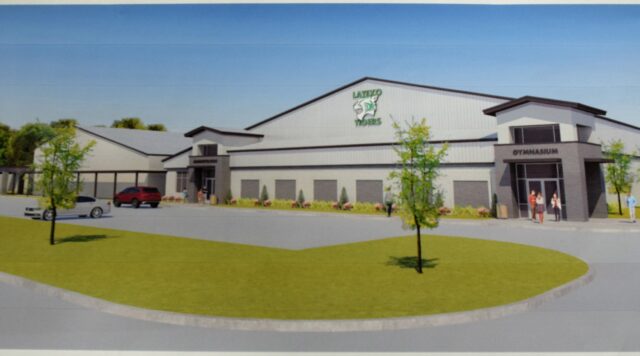 LATEXO – Here we go! The 2020-2021 school year is now officially open in Latexo after an entire summer spent wondering if students would actually be allowed to have in-person class. There is no doubt, the start of school this year will be unlike the start of any other, due to the COVID-19 pandemic. It will be a challenge for students, teachers, administrators, staff and parents, to the say the very least. One thing is for certain, however, educators and students in the state of Texas proved last year they are adaptable and will rise to meet any challenge thrown their way.

Earlier this week, Latexo ISD Superintendent Michael Woodard took time from his hectic schedule to speak about the first few days of school.

“We’re off to a good start,” the Latexo ISD superintendent said. “The teachers are bending over backwards to take care of the kids. This is all new to everyone. We hit the ground running on Day One and worked through the heartaches of wearing a mask. We had a couple of issues with traffic at the elementary, but we got that worked out with parents using the new side street. Now, it only takes about 10 minutes to get everybody loaded and unloaded down there.”

Since Gov. Greg Abbott’s Executive Order about wearing masks, issued on July 2, a debate over whether to wear a mask has been waged throughout the state. As the start of school neared, one of the guidelines issued by the Texas Education Agency (TEA) called for the wearing of masks by students/school district employees and the district’s top educator was asked about this.

“They understand. The parents understand. We are wearing the masks and we’re doing the temperature checks. I think the parents like seeing that we are going above and beyond to keep everyone safe during this pandemic. They have come through waving and smiling so, I’m taking that as a plus,” Woodard chuckled.

Seguing to the well-known traffic issues LISD has faced in previous years, Woodard was also questioned if temperature checks had compounded the matter.

“The first two days, it was new to us. It was a learn-as-you-go type of situation. The first day, we were doing five cars at a time. That was taking forever. The third day, as cars started to pile up, we started walking down the line and checking the students with thermometers. So, by the time they pulled up to the elementary to drop off the students, we had eight to 10 cars checked. That worked a lot better,” he explained.

Despite promises from the TEA, Woodard said LISD has not received all of the Personal Protective Equipment (PPE) from the governing body of Texas education.

“No,” he said. “The first wave, we received about half the order they said they would send us. We got two types of masks and hand sanitizer. We did not get the face shields, gloves or thermometers. The week the teachers came back, I had to send someone over to Huntsville (location of Region VI Education Service Center) to pick up the rest of it. They gave us the masks and three thermometers, but still no gloves. They told us gloves were still on back order. The state did, however, say they would supply us all year. At least that’s what they’re saying right now. That could change this afternoon.”

“A person’s perception is their reality,” he continued. “We have tried to go above-and-beyond to keep everyone safe. We clean the busses, wipe down tables and desks all the time. After every trip, the busses are cleaned. After each period at the high school, the classrooms are wiped down. The elementary doesn’t rotate classrooms that much but when they do, we make sure everything is wiped down.”

As far as the biggest challenge faced by the district in re-opening the schools, Woodard said, “The (TEA) commissioner put out some material about asynchronous and synchronous learning. Understanding that language and getting the teachers to understand what needs to be done hasn’t been difficult but it has been an issue. We were already ahead of the game because we jumped online during last spring break. Synchronous is when you have a student at home, but they are live with a teacher, just like if they were here in the classroom. They have to log in when the class starts and they have interaction with the teacher through the computer and a camera. We only have a small number who are doing that. Our survey showed about 80 percent wanted to come to school and 20 percent wanted to stay at home.”

So far, there are 58 students – out of a total enrollment of 473 – who have opted for the synchronous or computer learning option. Of those 58 students, 40 are at the elementary level, while 18 are at the secondary level.

“We are offering an olive branch to those kids. If they would like to come to school, they can show up Monday (Aug. 17) on a one-time deal. We can’t have the students flipping back-and-forth. We have had some students who have expressed interest in coming back and we will allow that starting on Monday. That might help reduce the 58. It would help the whole situation out because it would mean more kids in class and it would mean less work on the teachers. Hopefully, that number will go down to 10 or 20.”

On the other side of that coin, the superintendent said one of the more pleasant surprises so far has been the desire to return to a sense of normalcy expressed by the parents.

“The only thing is the coaches have to make sure the kids are keeping their masks on when they are on the sideline. As far as our numbers, we are looking good. One thing we are concerned about is the 50 percent capacity for games. We can’t have the gym as full as we used to. We have to have ticket sales. Our gym can only hold 100 people (per the guidelines). We have to offer some of that to the visiting team. The breakdown of that will be giving 35 tickets to the visiting crowd and keep 65 for our fans. We’re going to do the best we can, get the kids playing and compete,” he said.

In the area of food service, Woodard stressed the district had a plan in place to emphasize the importance of social distancing.

“We are trying to break up the gatherings of so many people in one spot. Both campuses are having the kids go right to their first period class when they come through the doors. At the elementary we do breakfast in the classroom so when they come in breakfast is waiting on them. At the secondary level, we don’t have that many kids who eat breakfast so they can spread out in the cafeteria. If not, then they go their first period classroom. At lunch we try and keep them at least six feet apart. I t seems to be working pretty well. We have tables in the gym and in the hallways so we’re not all in one small area,” he said.

Changing gears somewhat, the superintendent brought up the bond initiative which will be on the November ballot.

“Right now is a very good time to think about this. A bigger gym will hold a lot more. Instead of only 100 people, we could start looking at maybe 300 or 400. The gym we are proposing to the community will hold 600 people. That’s at full capacity and if you cut that in half, that gives you 300. There will be stadium seating. It will be comfortable,” Woodard said.

The $5 million bond would cover the construction costs of a new multi-use facility (gym), additional classrooms for CTE (career and technical education) courses and a new cafeteria for the elementary school.

As the discussion drew to a close, Woodard made sure to extend his thanks to the Latexo City Council for helping to get the new side street up and running to help alleviate some of the traffic woes.

He also expressed his appreciation to the district parents for their patience during “… the start of a crazy school year. It is different for all of us. Everyone has jumped on board and helped out as best as they can. This year is probably going to change on a daily or weekly basis depending on what comes down from the state. As far as Houston County, we are all in this together. We will get through this. All of the Houston County superintendents are in communication with one another and we’re all trying to do what is right for the students.”

Chickens, Booze, Lawsuits and Trash
Crockett ISD to Induct Seven into Ring of Honor
City of Elkhart Makes Plans to Clean Up Town