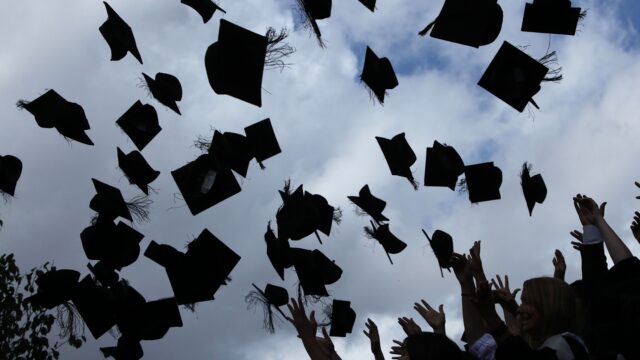 GRAPELAND – With Texas Gov. Greg Abbott’s announcement last week that school districts were closed for the rest of the year to in-person classroom attendance, the scramble began to figure out a way to hold graduation ceremonies for the Class of 2020.

It appears the administration at Grapeland ISD has hit upon a solution and during the regularly scheduled meeting of the GISD Board of Trustees, held on April 20, the graduation matter was addressed.

GISD Superintendent Don Jackson brought the matter before the board and asked High School Principal Katie Doughty to explain what plans had been made.

“We met with our Senior Class officers on Saturday to let them give us some insight on what they wanted to do. They proposed to us – and we have pieced it together from other districts – that we want to use what would have been the very last week of school to plan individual graduation ceremonies,” she said.

Doughty explained each senior would be allowed to pick one of six locations. These were: the front of the high school; basketball gym; front of the Ag building; football field; baseball field; and the softball field.

Prior to the graduation discussion, the board was asked to consider possibly suspending local policies concerning public comments during school board meetings and allowing the superintendent to implement alternative measures for public input during the COVID-19 pandemic.

“We can do this in different ways. They (the public) can express their concerns to me and I can express it to you. I’m just thinking out loud,” Jackson said.

Board President James Martin indicated because very people showed up at the board meetings as it was, he did not feel the need to change any type of policies.

As the meeting continued, an agenda item was brought forward to approve a resolution to continue to pay GISD employees who are unable to work and to add premium pay to hourly employees who are working during the COVID-19 crisis.

After a lengthy discussion, it was determined to continue paying the GISD employees who were unable to work while the premium pay matter was tabled for further consideration.

Another area addressed during the meeting concerned teacher appraisals.

“Due to the school year ending abruptly, there were some teachers – mostly teachers who had no issues – were yet to be appraised. The state of Texas is allowing us to set those appraisals aside and give a waiver to those teachers who did not get appraised. We did make sure that any teacher who had – for lack of a better word – concerns, they were appraised,” Jackson said.

A motion was made, seconded and unanimously approved to request the waiver from the state.

Also addressed was the possible suspension of local policies related to academic achievement and allowing the superintendent to set alternate measures in response to covid-19 crisis.

“If you go to our board policy manual, you will see all these policies cover what we normally do if we were in school, as far as academic achievement. If we have to make some other arrangements as far as academic achievement goes, it needs to be covered in board minutes that this approval was given to the superintendent. Otherwise, someone could come to us and say, this is not what your board policy said. You have to follow it. It’s the safe thing schools are doing now, because grading has changed. We’re sending home packets. They (students) aren’t in front of their teacher,” Jackson said.

A motion was made, seconded and unanimously approved to suspend the board policies pertaining to academic achievement until the end of the 2019-2020 school year. The new Grapeland ISD grading policies will be posted on the Grapeland ISD website at www.grapelandisd.net.