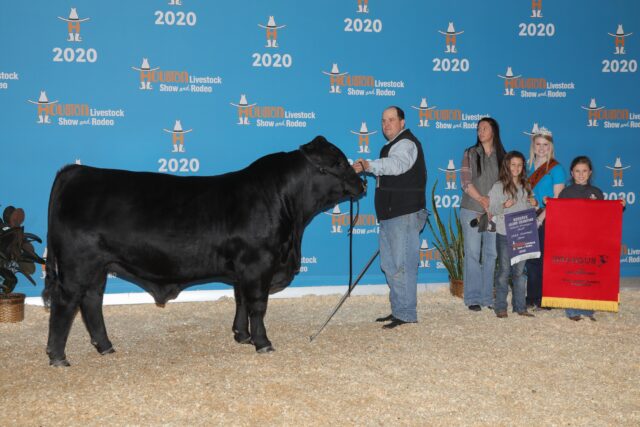 HOUSTON – Initially, this article was going to be completely different. That is until the Houston Livestock Show and Rodeo was (HSLR) was cancelled.

You see Houston County residents were starting to dominate certain events. Lovelady’s Boudreaux Campbell continued his mastery in the bull riding competition as he secured the win in the Super Series I Bull Riding.

“I’ve been coming to the RODEOHOUSTON watching the sheep riding and bull riding since I was 3-or 4-years-old,” Campbell said. “My dad would bring me almost every year.”

Campbell advanced to the Semifinal Round and picked up $6,000 in the process. He was set to be joined by Stetson Wright from Utah, Dustin Boquet from Louisiana and Cole Fischer from Missouri.

Unfortunately, that has now been canceled.

In addition to the Holsey’s and Campbell, the Reserve Champion International Brangus Bull was bred and owned by Katherine Allen of Crockett.

Everything seemed to be going swimmingly for Houston County participants until March 11, when the HLSR issued the following statement:

“In the interest of public health, the City of Houston and the Houston Health Department have ordered the Houston Livestock Show and Rodeo™ to close. The Rodeo will respectfully and dutifully comply with the City’s order.

“The Rodeo is deeply saddened; however, the safety and well-being of our guests and our community is our top priority. Out of precaution, the City has decided that this is the best course of action for our community.

“The Houston Livestock Show and Rodeo has been a fabric of this community since 1932. Having to close early is extremely difficult as guests, volunteers, exhibitors, rodeo athletes and entertainers look forward to the 20 days of the Rodeo each year.

“We look forward to the 2021 Houston Livestock Show and Rodeo to continue to promote agriculture, education, entertainment and Western heritage. We will provide additional information as it becomes available. Updates will be posted at rodeohouston.com/2020.”

Don’t Be Tricked
An. Co. Man Sentenced to 119 Years in TDCJ
A Day at the Races