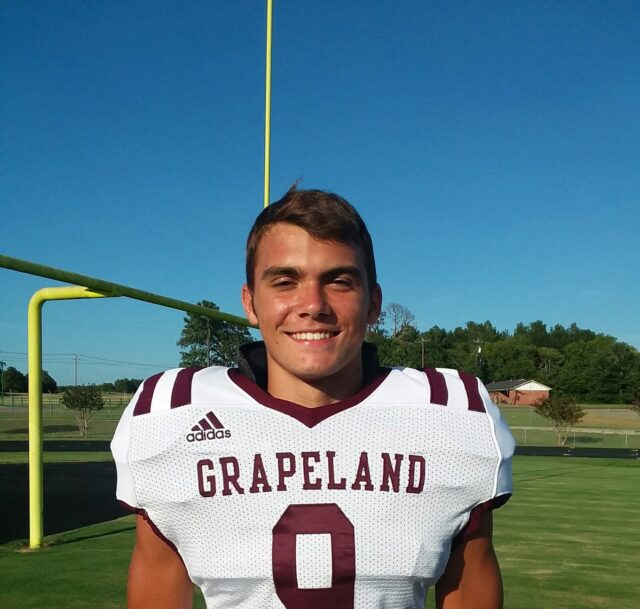 The Lovelady Lions were represented by three players. Offensive tackle Carter Murray was selected to the Third Team. Murray recorded 44 pancakes, 51 knockdowns and graded out at 96%.

Also from Lovelady was running back Josh Martinez who was selected to the Honorable Mention team. Martinez recorded 262 attempts for 1,826 yards and 19 TDs.

Moving to Class 3A, Crockett Bulldog Allen Horace was selected was selected to the All-State First Team from the tight end position. Horace caught 39 passes for 601 yards. He also recorded seven TDs and graded out at 95%.

Another defensive player for Crockett was also selected for recognition as Cristian Brice was selected to the Third Team. Brice recorded 188 tackles, including 14 tackles for loss. He picked off two passes, had three sacks, caused six fumbles, two fumble recoveries and he scored a TD.

Rounding out the Bulldog contingent was QB Jordan Bedford who was selected for Honorable Mention honors. Bedford was 131-242 for 2,223 yards and 28 TDs. He also ran the ball 60 times for 427 yards and nine touchdowns.

The Elkhart Elks also placed a player on the All-State list. Tight end Ky Thomas was selected to the Honorable Mention team. Thomas recorded 20 catches for 400 yards and seven TDs.

Congratulations to all of these young men from the staff at The Messenger Sports!

Will Johnson may be contacted via e-mail at wjohnson@messenger-news.co. .