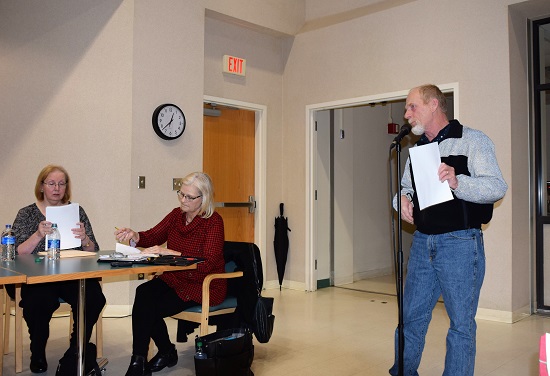 HOUSTON COUNTY – The Houston County Hospital District (HCHD) Board of Directors met in a regular meeting on Tuesday, Feb. 18 highlighted by an election update as well as a discussion about previous business transactions from Timberlands/Little River Healthcare.

Concerning the election update, Dick Murchison, the HCHD administrator, reported the deadline for turning in the petition for a spot on the ballot was Feb. 14.

As of that date, three of the four places up for election were contested. Place Two will see Pam Ainsworth and Roy Langford squaring off against one another. Karen Duncan, who was appointed to fill the position, has decided not to run.

Place Four is uncontested which means Dr. Johns Stovall will return for another term on the HCHD Board.

Early voting will begin on April 20 and Election Day is May 2.

As the meeting continued, board member Dina Pipes brought up a matter concerning delinquent payments to the Department of Veterans Affairs and to the Commonwealth of Kentucky.

“One of the things when you apply for a federal grant, if you owe any money to a federal agency, it kicks up a report to the USDA,” she said.

The HCHD is applying for a grant through the USDA.

“We actually owe the Department of Veterans Affairs $221.39. It was for the date of Nov. 23, 2016, which was when Timberlands was running our hospital. The reason we owe it is because they were using our tax ID number,” she said.

Pipes added there was another bill owed to the Commonwealth of Kentucky.

Asked what this pertained to, Pipes explained someone working for Timberlands had lived in the immediate area but then went back to Kentucky and filed for unemployment.

Pipes went on to explain it would be necessary to come up with the Timberlands tax ID number and proof that the employee worked for Timberlands, if the HCHD hoped to be able to receive the grant.

The grant would be used to re-roof the hospital.

HCHD President Barbara Crowson commented, “Timberlands/Little River is still in bankruptcy proceedings. For us to pay any bills in any way connected to them, I think that puts us on a very slippery slope so far as any other bills which might come up. We all know there were many Timberlands/Little River bills left unpaid when they exited our county.”

The matter was referred to the Finance Committee for further consideration.

Prior to the election update, Crockett Medical Center (CMC) Administrator Tommy Johnson provided an update on the hospital to the board of directors.

“IN January, the emergency center was up in numbers to 896. Med/Surg was about the same as it has been for the last quarter – running about 37 admissions with 81 total stay-days, coming out to about an average 2.2 days length of stay per patient,” Johnson said.

Outpatient, lab and radiology had 474 visits, the administrator explained but stressed that doesn’t reveal how many procedures were done. In addition, Johnson said physical and occupational therapy had 734 visits, up by approximately 110.

“The specialty clinic is up as well. They had 216 visits during the month. The surgery department is up as well, from 25 to 28 procedures, and the rural health clinic is still holding up at about 673,” he said.

Following the hospital report, committee reports were given. Leading off was Cassandra Gallaway, the operations supervisor for the ambulance service.

“Last month, we were requested for 246 calls in the county. Of those 246 calls, we transported 179 patients. We requested the helicopter to be on stand-by 31 times and of those 31 times, we flew seven patients to a higher level of care,” she said.

Gallaway added 54 percent of transports go to CMC “… while most of the other transfers are usually ER to ER or occasionally, we will take patients to Palestine.”