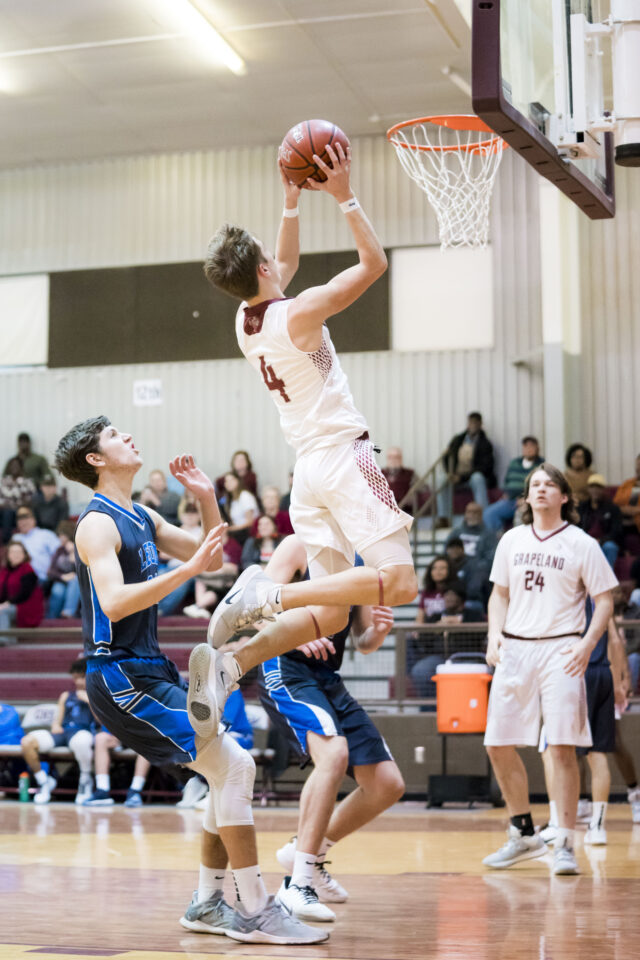 GRAPELAND – Let’s face it. The Grapeland Sandies are good and when they get in a rhythm, they are almost impossible to stop.

Grapeland’s latest victim was the Leon Cougars basketball team. The Cougars showed up at Sandies’ gym with an outside shot of making the playoffs, but to even think about a trip to the postseason, Leon would have to get past a 27-1 Grapeland team.

The Sandies were looking to continue their 25-game district winning streak and strengthen their #2 Class 2A ranking in the state with two weeks left in the 2019-2020 regular season.

After the opening tip, it wasn’t really much of a contest as Grapeland raced out to a 33-12 lead after the first period and never looked back.

The second quarter saw the Sandies basically put the game away as they outscored the Cougars 25-6 to take a 58-18 lead into the locker room at halftime.

After the break, Coach Blake Doughty began to give some of his bench players some quality playing time and the reserve players responded by pushing the lead to 68-27 by the end of the third quarter.

With a 41-point lead, the Sandies went into almost a “four-corners” style of offense. Grapeland still managed to score 11 points to push their margin of victory to 42 points as they cruised to an easy 79-37 win.

Grapeland was led in scoring by five players in double figures. Riley Murchison paced the Sandies with 14 points while both BJ Lamb and Cadarian Wiley had 13. Keizion Ashford and Austin Driskell both went for 10, while Jonathan Luce and Lekerian Smith both knocked down seven. Michael Dancer added three and Dameion Smith put in two to round out the Grapeland point production.

The Sandies were back in action on Friday as they traveled to Centerville to take on the Tigers. As of press time, however, the final score was unavailable.