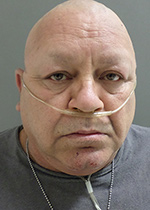 Sentencing Scheduled for Next Year

HOUSTON COUNTY – What started over 10 years ago, finally came to a partial closure just before the start of a new decade as former Grapeland resident Jerry Wayne Rhone, 62, was found guilty of first degree felony theft by a Houston County jury late last week.

Rhone and his late wife Jeannine were alleged to have stolen more than $200,000 from the Houston County Courier, Polk County Publishing Company (PCPC) and owner Alvin Holley between September of 2009 and March 2014.

The Rhones were both indicted in October of 2014, however, Jeannine Rhone died in January of last year while awaiting trial.

A slew of motions and postponements kept pushing back the legal proceedings but finally, with no further delays, the trial of the State of Texas v. Jerry Wayne Rhone, Cause No. 16CR103, was gaveled into session in the courtroom of Judge Mark Calhoon.

The trial began on Tuesday, Dec. 3 and lasted until Thursday, Dec. 5 when a Houston County jury found “… the defendant Jerry Wayne Rhone guilty of the felony offense of theft of property (at) the value of more than $200,000 as charged in the indictment.”

As previously reported in The Messenger, the charges stemmed from an internal audit of the company’s financial record keeping. An accountant with PCPC discovered several discrepancies in the bookkeeping and alerted Holly.

After the initial discrepancies surfaced, Jeanine Rhone was placed on temporary leave. Further investigation revealed Rhone, as well as her husband, had allegedly embezzled money from the Courier newspaper for several years. She was subsequently terminated.

Holly, along with PCPC Operations Director Kelli Barnes, presented their internal findings and suspicions to the Houston County DA’s office in July of 2014.  In a letter from PCPC, it was alleged the Rhones embezzled over $200,000 from an expense account in 2012 and paid several companies for services (electricity, gas, telephone, television, etc.) the newspaper did not have accounts with.

Jerry Rhone was employed in Houston County Courier’s production department from 2002 until 2010 while his wife served as the newspaper’s general manager from 2001 until March of 2014, when she was terminated.

After the case went to the jury, it took the 12 men and women just over 30 minutes to return a verdict of guilty.

Once the verdict had been read, Rhone requested the judge – instead of the jury – to determine his sentence. Calhoon agreed and scheduled a sentencing hearing for 1:30 pm on Feb. 14, 2020.