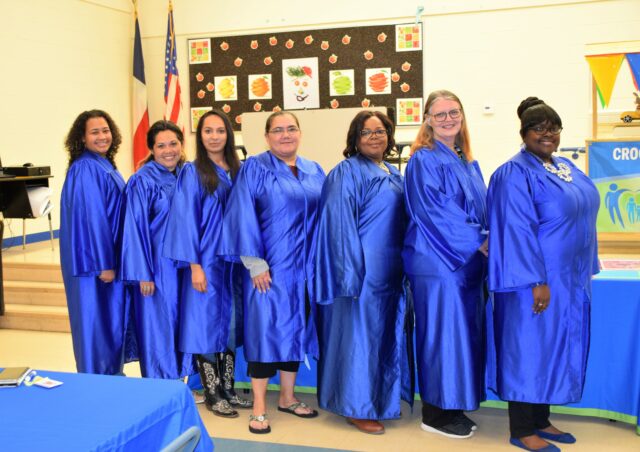 According to Toni Nicol, the Assistant to the CISD Assistant Superintendent and a facilitator of the program, she, along with CISD District Coordinator for Counseling & Special Programs Margaret Tuggle, Elementary Principal Robin Stowe, Elementary Family Coordinator Stephanie Anderson and Elementary Teacher Janice Parker “… attended this two-day training in New Caney so we could become trained facilitators.”

“When we came back,” Nicol continued, “we picked potential parent leaders to take the course. We set dates for our meetings and met once a week for about two hours. We went through a workbook teaching parenting skills and strategies to be more effective parents, to listen, to develop better skills in communicating with their kids and to help them become vested in this school district.”

The biggest part of the program, according to Nicol, was to try and overcome a sense of disconnect between the district and parents of CISD students.

“This program has opened many doors as far as what these parents have gone through, what they have learned and what tools they are using,” she said.

On Tuesday evening, Nov. 19 a graduation ceremony was held for the eight moms who had been selected for the program.

Nicol explained the event, held in the Crockett Elementary Cafeteria, was the graduation ceremony where the parents “… were now facilitators. Our hope is that they can work with us to take on our role and recruit a second group within our district. Hopefully, that will take place in January and we will have another graduation in May.”

In addition, the program is being put in place in the classroom “… so we can have the basics of this program being worked on both at home and in the schools.”