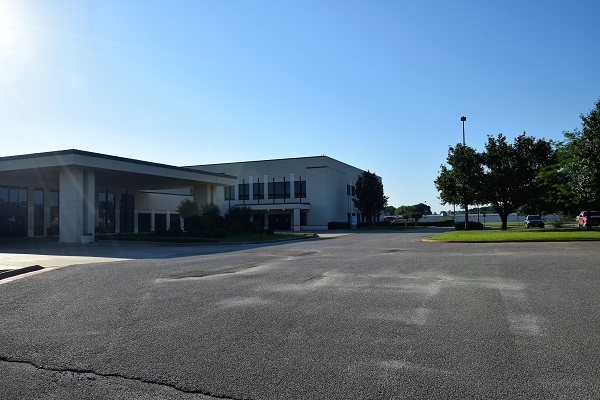 HOUSTON COUNTY – The Houston County Hospital District (HCHD) Board of Directors met in a regularly scheduled meeting on Tuesday, June 18 highlighted by committee reports and updates on debt repayments.

As the meeting got underway, HCHD Board President Barbara Crowson praised the work of the various committees established by the HCHD board.

“As far as I can tell, all these committees have hit the ground running. They have all been working so hard. They have really been hard at it and they have done a really good job at it. It is very much appreciated,” she said.

The first committee report was from the facilities committee, chaired by Erin Ford.

Ford said he had the opportunity to walk the facilities and reported there was an issue in keeping the hospital’s MRI machine temperature at the appropriate level.

“The MRI Imaging room has a chiller system that is unique and one of a kind. It is unique, one of a kind and has been bypassed for many years. The efficiency of it is not where it should be and they desperately need the coolant capacity. We will be looking into that to see what we can do,” he said.

The finance committee report was next and provided by Karen Duncan.

“We also discussed the Texas Higher Education Commission grant. Negotiations are underway with the attorney at the commission to agree on a settlement to resolve the outstanding debt,” Duncan added.

The ambulance committee, chaired by Dina Pipes, was the next to provide its report. Pipes began by introducing Chris Furry who will be replacing Heath Bumpous on the Houston County EMS team.

Furry said during the month of May there were 256 requests for service and transported 200 patients.

Crowson spoke up during a break in the ambulance report and said she noticed Grapeland had made 12 requests for assistance of which 12 were honored by Houston County EMS.

“They did not cancel any. I have forwarded a copy of this to Carol Wynne, who is their president, to keep them informed,” she said.

Pipes added, “We did have a meeting with them and someone said there is a fine line between mutual aid and coverage. Sometimes it’s mutual aid but sometimes nobody comes but us. We’re coverage then and that’s what we had to do for Grapeland this last month.”

The final committee report was provided by Pat Dickey, with the negotiations committee.

“We talked to CHRISTUS on two different occasions. We made CHRISTUS an offer of $50,000 as an initial payment. Of that money, the two rent payments they overpaid would be paid back to them. We also told CHRISTUS we would be meeting again to discuss the monthly amount to pay,” Dickey said.

The next agenda item concerned the repayment of the Texas Higher Education Grant.

Crowson said she had reached out to the “… Attorney General’s Office where an Assistant Attorney General is the attorney for the other party. We have talked back and forth a couple of times and she is looking at dates she would be available to meet with the (negotiations) committee. We have not settled on a date but they seem to be amenable to discussing terms with us and satisfy whatever our obligation turns out to be.”