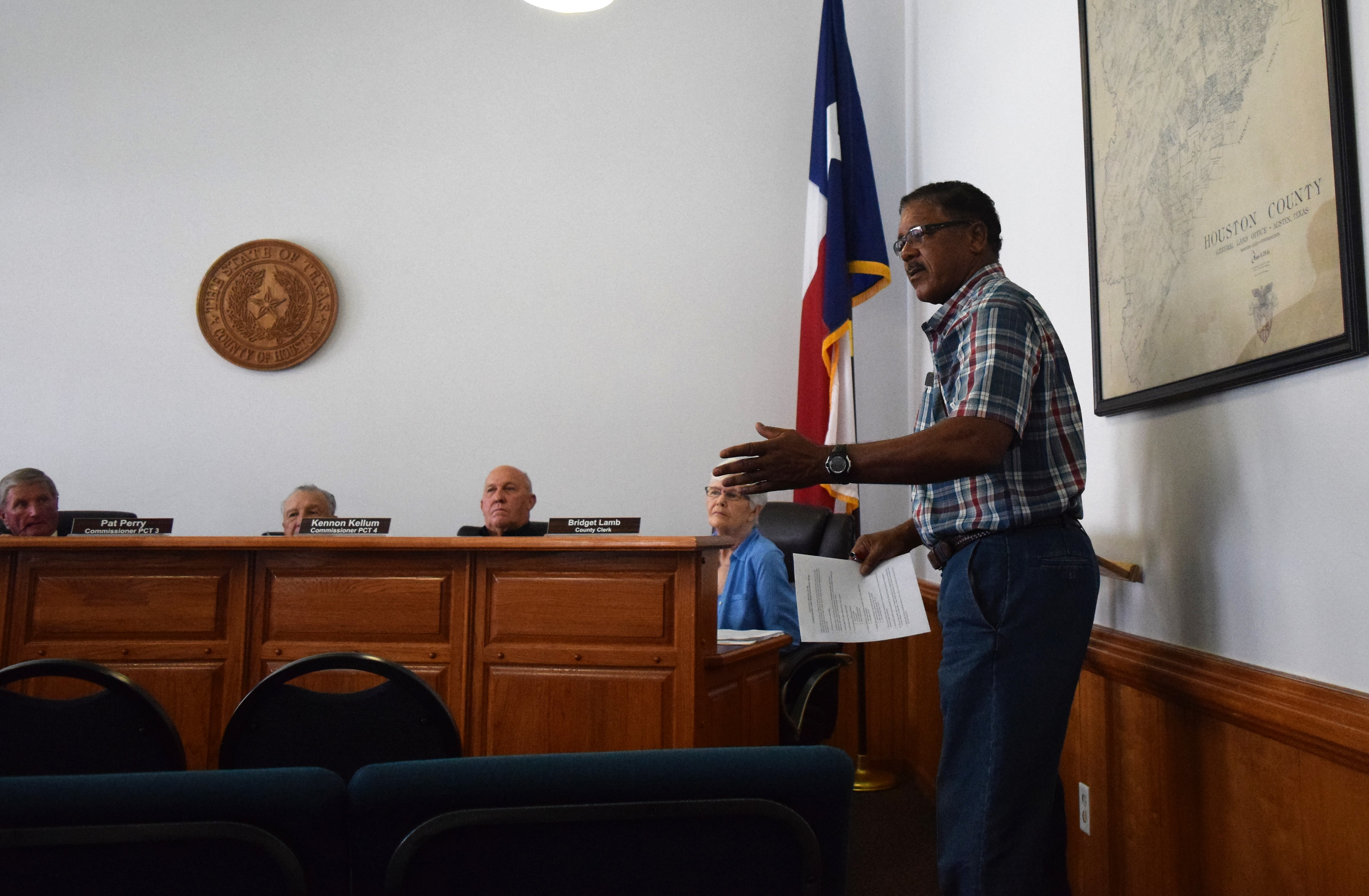 As the meeting commenced, County Judge Jim Lovell asked those in attendance if anyone had a matter to address, not on the court’s agenda.

During this time, Houston County resident Reggie Berry expressed he would like the court to consider adding two additional polling locations for early voting in the Nov. 2018 election.

Berry said he would like to see the additional early voting locations established in both Lovelady and Grapeland.

“The reason I say that is during the late three years, I have driven to a lot of the precincts. One of the complaints I constantly hear is we don’t have enough time to vote or I’m not driving that far to vote,” he said.

“I think this would really increase voter turnout if you were to do something like that. There is a petition going around – it’s bi-partisan and neither Democrat nor Republican – for people who are interested in doing that,” he said.

Asked what the deadline to establish the additional early locations would be Oct. 17, Elections Administrator Cynthia Lum informed the court.

“But,” Lum continued, “there is no petition for a county of under 100,000 (people), which would be Houston County. So, it would be up to the court to make that decision.”

While several minutes of discussion were held on the matter, no action was taken because the the matter was not on the agenda.

As the meeting continued, Houston County Auditor Melissa Jeter explained the commissioners needed to amend the budget to account for excessive legal fees in the amount of $80,000.

“Most of these,” Jeter explained,” are court appointed attorney fees and CPS (child protective services. This is not necessarily an unfunded mandate because it did not come from the legislature. It came from a court case and we’re required to do it, but there is no funding for it. When I started here 10 years ago, the total cost was $19,000. This last year, it was $175,000. There is no reimbursement.”

Several minutes of discussion took place before the matter was approved.  The final item on the agenda concerned the consideration of “… ordering a local election option election for the sale of beer, malt liquor and wine in a bar or restaurant in the precinct of Houston County JP I for May 7, 2019.”

“There has been a petition which has been certified by the elections administrator,” the county judge said.

“The petition was to have 722 signatures on it. They had 733 signed and verified,” Lum said.

Answering a question from the audience, Lum said, “We have a brewery outside of Lovelady that wants to sell directly to the public.”

With very little discussion, the matter was approved.