HOUSTON COUNTY – In honor of National Independent Retailer Month – observed annually throughout July – Crockett Area Chamber of Commerce Executive Director Jeannie Julian took a moment to speak with The Messenger about the importance of patronizing local businesses rather than traveling to other cities whenever possible. 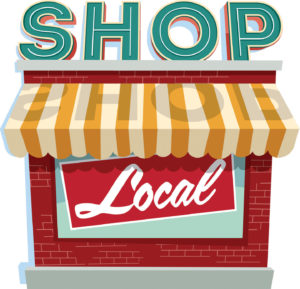 “Shopping locally builds the local economy and helps the tax base,” Julian said. “It helps the community in that it puts money in the community for things that will come back and be good for everyone.”

Julian went on to point out that when businesses in small communities fail to draw plentiful support from the local residents, they are often forced to close their doors, leaving behind empty storefronts and making the community appear to be “a decaying town.

“I just think that if a new business or an existing business has the same thing that someone in Huntsville or Palestine or Houston has, that we should buy locally,” Julian continued. “We’re all winners there, because it keeps the economy going.”

The first nationwide celebration of independent retailers was held in 2003 in the form of a National Independent Retailer Week launched by Profits Plus Principal Tom Shay. Following in 2009 was Nolcha Co-Founder Kerry Bannigan’s Independent Retail Week, a shopping extravaganza held for one week featuring independent fashion retailers throughout Chicago, New Jersey, New York and Philadelphia.

In 2011, Shay and Bannigan began discussing methods of expanding the awareness of independent retailers, desiring to include all individuals with recognition of independent retailers. In July 2011, the pair launched Independent Retailer Month USA, and the campaign went on to expand to the United Kingdom later that year with a campaign being led by Retail Champion Clare Rayner.

Years later, Independent Retailer Month remains an annual observance which “encourages consumers to celebrate the independent retailers that are the backbone of our communities and engages independent retailer associations and local officials to promote shop local campaigns.”

Furthermore, the Small Business Administration (SBA) has reported that a total of four million jobs have been eliminated by big business since 1990, while eight million have been added by small businesses.

The driving forces behind the implementation of National Independent Retailer Month encourage individuals to remember that “if every family in the U.S. spent an extra $10 a month at a locally owned, independent business instead of a national chain, over $9.3 billion would be directly returned to (the community’s) economy.”