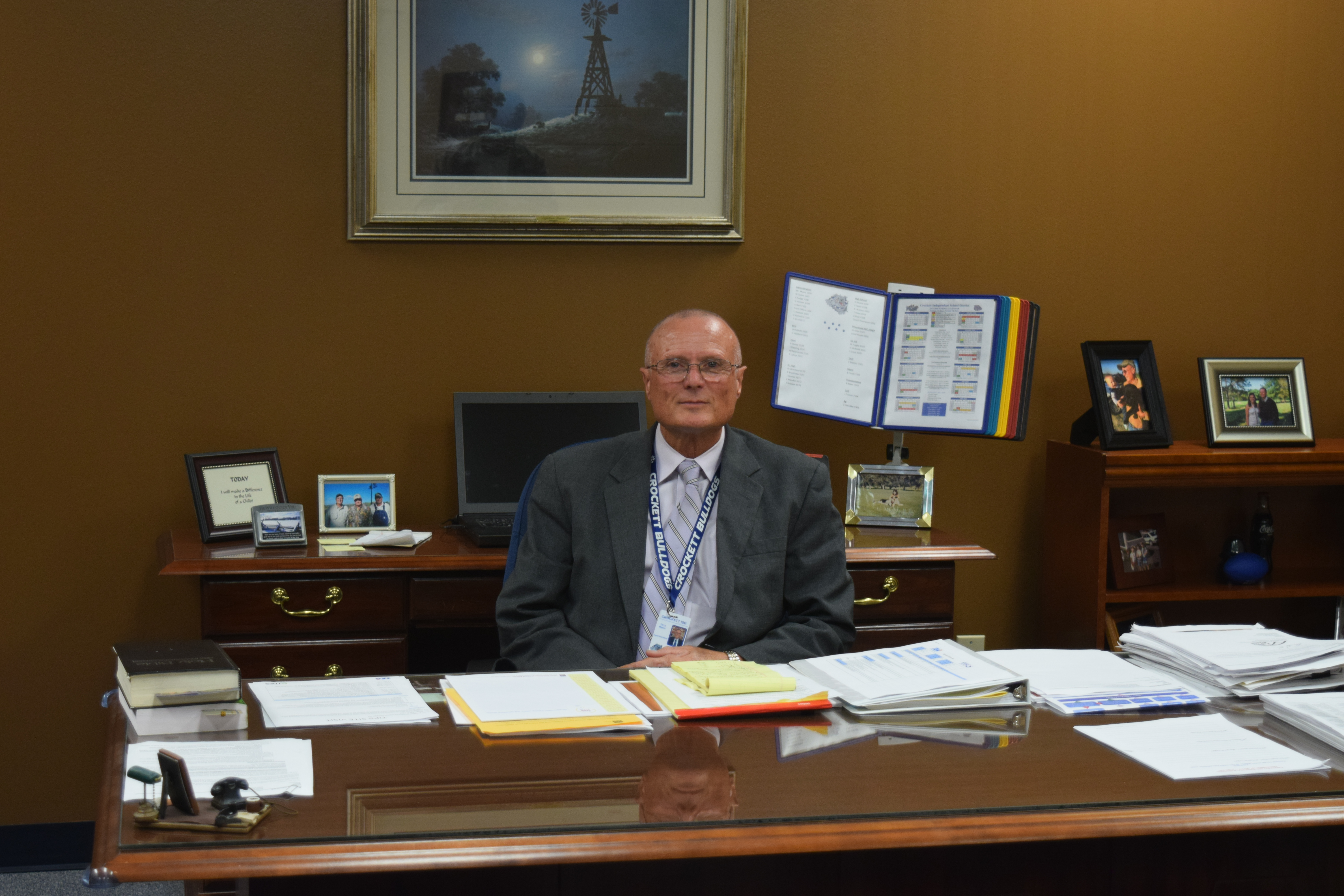 “We’re Not Looking for Bubble Gum”

CROCKETT – “We do not intentionally violate anyone’s rights. And you can bet, if this school district is searching someone, we’re not looking for bubble gum. Generally speaking, if we are looking for something, it is of a grave nature,” Crockett Independent School District Superintendent Terry Myers said.

In recent weeks, Crockett ISD has come under scrutiny for two alleged strip-searching incidents involving students in the district.

The two alleged incidents occurred in October of last year.

The parent (of the student involved in the second alleged incident) said they went to the school and complained at the time, but after they found out about the other child, they felt that they should come report the incident to law enforcement,” a Crockett Police Department media release stated.

The first strip-search incident occurred when Officer Andrew Allen was dispatched to a report of a student with a gun at the Pineywoods alternative education building on the Crockett ISD campus, while working school security, according to a CPD incident report.

In the second instance, a student was accused of possessing contraband on school property and was allegedly strip searched by two district employees.

“The student alleged that the teacher made him take all his clothing off and drop his boxers down around his ankles. The student said that he felt compelled to consent to the strip search because the teacher purported himself to be a law enforcement officer,” according to the CPD incident report from Oct. 31, 2017.

On Thursday, Jan. 11, CISD Superintendent Terry Myers said he could not comment on the specifics of the two referenced incidents because it was an ongoing investigation but added the district followed established protocols in dealing with the two episodes.

“I want everyone to know, this district does search students but only in the interest of the safety and security of the student body and staff in the school district. We are very aware that students have rights and we take care of those rights in the best way we can,” Myers said.

In both cases, the students were strip searched by an administrator and a teacher who allegedly identified himself as a law enforcement officer, according to the CPD media statement.

“We don’t want to be one of those schools that hasn’t done everything they can to prevent a mass tragedy in our school or in the community – like some other people have gone through – because we didn’t want to step up to the plate,” Myers said.

The CISD Superintendent re-emphasized the district “… had not intentionally violated anyone’s rights and when all of this issue falls out in the wash – so to speak – and when we see what the results are of any pending litigation or charges which may be out there, I think everyone will be satisfied that this district has followed protocol and did what it needed to do to keep everyone safe.”

As Myers continued, he asserted, “The ones that have occurred in this district were done for a reason. Those reasons will explain themselves in the future.”

Myers also addressed the aggressive nature the school district has taken in order to provide for the safety of the students and staff.

“Are we aggressive in searching if we feel a safety issue of dangerous contraband, drugs or weapons occurs? You bet we are. Sometimes we may be accused of being overly intrusive. But, if we are being intrusive on a search, you can bet there is a good reason for it. Safety and security of our staff and students will be that reason,” the superintendent assured.

Myers said when he learned the district had conducted “what could be called a strip search,” he immediately instituted a protocol where only the superintendent could authorize these types of searches.

“We simply can’t afford to take any rumor or tip we get in a non-serious fashion. We have to take everything of this nature seriously and if we think there is a serious threat, this district is going to do what is necessary to make sure that everyone is safe,” he said.

The superintendent explained ideas such as metal detectors at the entryways or wanding by administrators had been discussed but never acted on “… because that’s a little much. We have not had a rash of problems with dangerous contraband, drugs or weapons in our school. It’s not that we haven’t found some, but it doesn’t seem to be a rash of problems.”

At the time of the alleged first incident, a spokesperson for Crockett PD commented, “Our official statement is that this case is still under investigation and that we will be presenting this to a Houston County Grand Jury after the investigation is complete. We will release information regarding the status of the case when we can.”