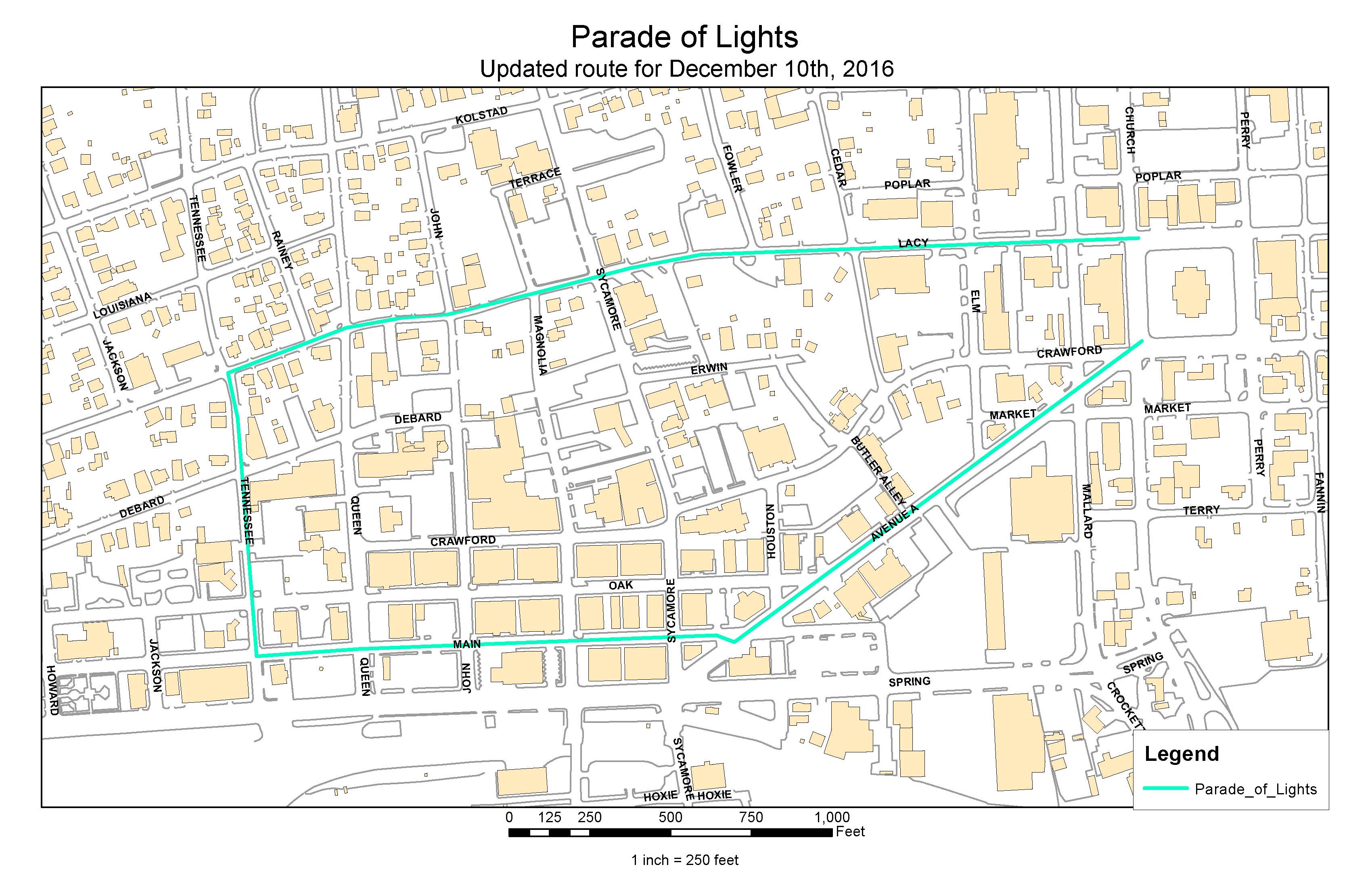 PALESTINE, Texas – Due to the impending forecast of significant rain on Saturday, the City of Palestine will postpone the Christmas Parade of Lights from December 3 to December 10.
The reason, according to Communications and Best Practices Officer Nate Smith, was for safety.
“With the amount of rain forecasted for Saturday, we felt postponing the parade would be in everyone’s best interests,” Smith said. “The long-range forecast for December 10 has a better chance for dry weather.”
The parade will still be at 7 p.m. and will feature the theme, “Christmas in Whoville.” To further accommodate the Wine Swirl on December 10, the parade route will be widened. Parade entrants will turn north on Tennessee Aveune, rather than Queen Street. From Tennessee, the parade will head east from Lacy Street to the Anderson County Courthouse. The start of the parade will still be from the courthouse, down Avenue A and Main Street.
“We have consulted with Main Street Palestine and the Palestine Chamber of Commerce to work out logistical issues for the Wine Swirl,” Smith said. “Both events will happen simultaneously, thanks to the generous support from Main Street Palestine and the Wine Swirl Committee.”
Although the parade has been postponed, the first weekend of December will still be packed with fun and entertainment for all ages. Events like the Breakfast with Santa, Frost Fest, the Anderson County Community Chorus and the U.S. Air Force Band of the West will go on as scheduled.
“This weekend promises to be eventful,” Smith said.

CWSC Pot Begins to Boil
Life-Saving Skills: How to Make Your Own Emergency Medical Kit
Shooting Leaves One Dead in Crockett