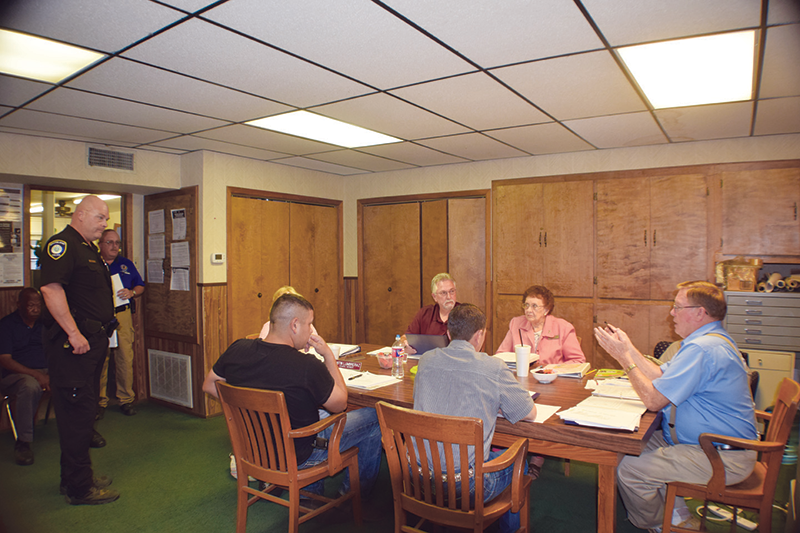 Taxes Go Up, But Barely

GRAPELAND – The proposed Fiscal Year (FY) 2017 tax rate for the City of Grapeland was discussed during the most recent meeting of the Grapeland City Council held on Tuesday, Aug. 10.

The city has a current tax rate of 0.609987 per $100 of property valuation. Mayor Balis Dailey informed the council, “We have the effective rate and it has been established by the (Houston County) Appraisal District. That number that you see has been improved through the adjustments they do.”

Mayor Dailey said total land value after all exemptions had been taken out was $35,362,860. Based on that figure the effective tax rate had been calculated at 0.610526 per $100 of property valuation.

Following several minutes of discussion, the council voted to approve the proposed tax rate at the effective rate of 0.610526, an increase of 0.0006.

Prior to the tax discussion, Brandon Bridges with the Grapeland Economic Development Corporation (GEDC) provided the council with the organization’s quarterly report. He also discussed a community development grant the GEDC was interested in providing. “This is something we would like to institute on an annual basis. This year to kick it off we approved a $15,000 budget. Basically, it would allow a business, non-profit, individual or local business owner to apply for it. What it boils down to is that it would have to be for business or public use. We discussed potential candidates such as the library or any other small business in town,” he said.

The community development grant budget, board of directors’ list and quarterly reports were approved by the council.

The council adjourned into executive session at 8:45 pm. to discuss real property negotiations. When they returned over an hour later, the council approved a motion allowing the GEDC and mayor to initiate negotiations with a potential business looking to possibly relocate to Grapeland.