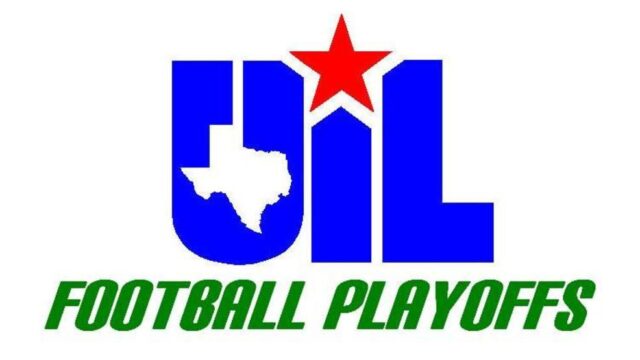 EAST TEXAS – And then there was one. The Lovelady Lions, Crockett Bulldogs and Palestine Wildcats all found themselves in the playoffs at the start of Friday night. Unfortunately, by the end of the evening, the only area team left standing in the 2021 UIL Football Playoffs was the Lovelady Lions.

The Lions squared off against the Hull-Daisetta Bobcats in the Bi-District Round of the playoffs and whooped ‘em. The Lovelady defense continued its stellar play of late and very nearly shut out Hull-Daisetta. If not for a pair of trick plays and a garbage time TD, the Lions would have pitched their fourth consecutive shutout.

The Lovelady ground attack wore down the Bobcats’ defense as the game played out. The Lions used a combination of Shaun Easterling, Dayvian Skinner, Connor Martinez, Kevion Skinner and Slade Murray to keep Hull-Daisetta off balance. The result was a 52-18 win and a trip to the Area Round where they will face the Mart Panthers.

Mart entered the playoffs ranked #1 in Class 2A DII. The Panthers steamrolled through the regular season, averaging 52.2 points per game. Defensively, Mart only gave up 39 points all year for a 3.9 average. Those averages stayed true in the Panthers’ Bi-District contest as they walloped the Clarksville Tigers, 84-6.

The Lions and Panthers squared off last year in the Area Round with the Panthers picking up the 48-12 win. Last year, the Lions were a little intimidated by Mart. However, once the game got underway, Lovelady found they could play with the Panthers.

Mart is still a great team, however, the intimidation factor is not there in 2021, at least not for Lovelady.  Plus, the Lions have gotten better as the year has gone by. Their two losses were ugly but since then, the defense has come together and the offense has really started to click.

The smart money is on Mart, but don’t be surprised if Lovelady hangs around until the fourth quarter. If that happens, watch out for an upset.

Upset is a good place to begin when talking about the Crockett Bulldogs. The Bulldogs traveled to Lufkin last Thursday for a Bi-District clash with the Woodville Eagles.

Woodville completely dominated the first half of play but only led by a score of 28-0. A Crockett TD on the opening drive of the second half, coupled with a three-and-out from the Eagles, had the Bulldogs believing they could come all the way back and pull off an upset of the higher-seeded Woodville squad.

Unfortunately, just when it seemed Crockett had seized the momentum, Bulldog QB Jadyn Collins went down with an injury. Following the Collins’ injury, the Crockett offense sputtered as the Eagles pulled away to win by a final score of 41-7.

The loss brought the Bulldogs’ season to a close with a record of 4-7.

The Palestine Wildcats also saw their season come to a close as they fell to the Little Cypress-Mauriceville Bears by a final score of 34-24.

The Wildcats opened up a 17-12 lead at halftime only to see the Bears come roaring back to take a 20-17 lead into the fourth quarter. Palestine managed to recapture the lead at 24-20 with just over eight minutes left in the contest but Little-Cypress fought back to reclaim the lead at 27-24 with 4:17 left to play.

The Wildcats still had a chance to win but a turnover on downs along with another Bears’ TD sealed the game as Palestine fell by a final score of 34-24.

The loss brought Palestine’ season to a close with a record of 5-6.