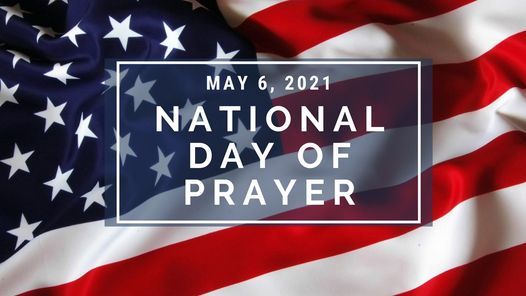 EAST TEXAS – If ever there was a time for a National Day of Prayer, this is it. With COVID-19 continuing to ravage the globe, partisan political beliefs pitting neighbor against neighbor and an economy slowing pulling back from the brink of collapse, a day of prayer may just be the answer.

Fortunately, this week on Thursday, May 6, people across the United States will come together as they turn to God in prayer and meditation on the National Day of Prayer.

According to the website, www.nationaldayofprayer.org, “The National Day of Prayer is an annual observance held on the first Thursday of May, inviting people of all faiths to pray for the nation. It was created in 1952 by a joint resolution of the United States Congress, and signed into law by President Harry S. Truman.”

Each year, people gather across the nation, in over 60,000 local community events to pray together for America. While the number of people gathering may be different this year, prayers will be multiplied and amplified through new and creative approaches combined with unprecedented access to digital platforms.

In homes, neighborhoods, communities, cities, states, the nation and the world, while still seeking to remain safe using social distancing measures, the National Day of Prayer coordinators are planning to mobilize millions in unified, public prayer for America.

Focusing on using the usage of digital platforms, this year’s ‘virtual’ observances have the potential to become the largest prayer gathering in U.S. history — with millions praying together, individually.

The National Day of Prayer is significant because it enables the nation to recall and teach the way in which the founding fathers sought the God’s wisdom when faced with critical decisions.

“It stands as a call for us to humbly come before God, seeking His guidance for our leaders and His grace upon us as a people. The unanimous passage of the bill establishing the National Day of Prayer as an annual event, signifies that prayer is as important to our nation today as it was in the beginning,” the NDP website indicates.

Like Thanksgiving or Christmas, this day has become a national observance placed on all Hallmark calendars and observed annually across the nation and in Washington, D.C. Every year, local, state, and federal observances are held from sunrise in Maine to sunset in Hawaii, uniting Americans from all socio-economic, political and ethnic backgrounds in prayer for our nation.

Two years ago (pre-COVID), it was estimated that over two million people attended more than 30,000 observances – organized by approximately 40,000 volunteers. At state capitols, county court houses, on the steps of city halls, and in schools, businesses, churches and homes, people stopped their activities and gathered for prayer.