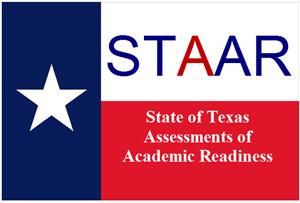 For STAAR and STAAR Spanish, the labels for the performance categories are

On Tuesday of this past week, STAAR testing began online and if the first day of STAAR testing is any indication, the administration of the test itself would be placed in the category of Did Not Meet Grade Level – because of “connectivity issues.”

To put it another way the high-stakes testing mechanism failed. Miserably.

Contacted about the matter, Grapeland ISD Superintendent Don Jackson said, “TEA should do a thorough investigation if they truly have goals of STAAR being totally online. The online administration this year was a total failure.”

“The first day of online testing was very frustrating for our students. Students were kicked out of their exams and unable to log back in for most of the morning. TEA sent out a message right before lunch for students to keep trying to log in or completely suspend testing for the day. Fortunately, our students were able to log back in and complete their exams after waiting several hours with no luck. Hopefully, the state can get the problems worked out and testing will go smooth the rest of the year,” Woodard said.

When the glitch was discovered, the TEA issued a statement which read, “Earlier today, districts experienced connectivity issues with the STAAR Online Testing Platform (SOTP). We posted updates to the STAAR Assessment Management System dashboard every 10 minutes to keep districts apprised of the progress in resolving the issue. The three STAAR tests affected were Grade 4 writing, Grade 7 writing, and English I. This was the first of five days that students were eligible to take one of these three tests online. At 10:17 a.m. CDT today, districts were advised if they were having issues that they should stop online testing for the day while the vendor works to resolve these problems. Online testing will resume tomorrow. We are still analyzing data to determine the number of students affected.”

The statement continued, “We understand the frustration this has caused students, parents, teachers, and administrators. What happened today is completely unacceptable.”

Rather than ending the statement there, the state agency took a cue from the ERCOT mess in February – they blamed someone else.

“ETS, the testing vendor, experienced problems with their database system, which are in the process of being corrected. The 2021 online administration of STAAR will be ETS’s last for the State of Texas. Beginning next school year, Cambium Assessment will be taking over these critical testing functions to ensure that users have a seamless online testing experience moving forward. All involved in public education in Texas should expect better than what they have experienced today; we are working to ensure that our students do not experience future testing issues,” the TEA statement concluded.

It should be noted ETS had a $64 million dollar contract with the State of Texas. In an article published by the Texas Tribune, Dr. Mark Henry, superintendent for Cypress-Fairbanks Independent School District, provided a more cynical point of view about the STAAR test failure.

In the article, Dr. Henry expressed his belief “… that expecting students to take a high-stakes standardized test in person this spring was ‘silly,’ and he attributed the push to administer the STAAR this year to the state’s $64 million contract with the testing company.”

“There’s a lot of pressure on people to make sure those contracts are delivered,” the superintendent stated in the article. “So this spring, testing is not about improving academic performance. It’s about improving the bottom line of a testing company.”