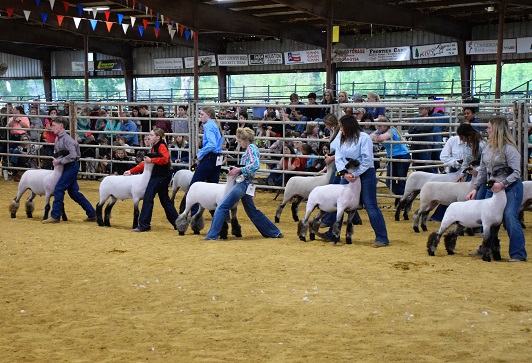 HOUSTON COUNTY – The Houston County Fair and Youth Livestock Show is back! After a year’s hiatus, from in-person fellowship and competition, the Fair returned on Monday, March 29 as set-up of the fair grounds began.

On Tuesday, the check-ins began in the afternoon as home and garden entries, replacement heifers, hogs, lambs, goats, steers, heifers and breeding gilts were all checked in as preparation for the show began.

Once all the entrants had been checked in, the pet show was held as some of the younger contests showed off their furry, feathery and scaly friends.

Wednesday saw the ag-mech check-in and competition with the team from Latexo FFA winning the grand champion’s award for their trailer.

Rabbits and chickens were checked-in and the shows were held immediately afterwards. Wednesday came to an end with the lamb and goat shows.

Thursday was a day for the bovines and swine as the replacement heifer, in-county heifers, steers and hogs took center stage.

As of press time, however, the final results were unavailable.