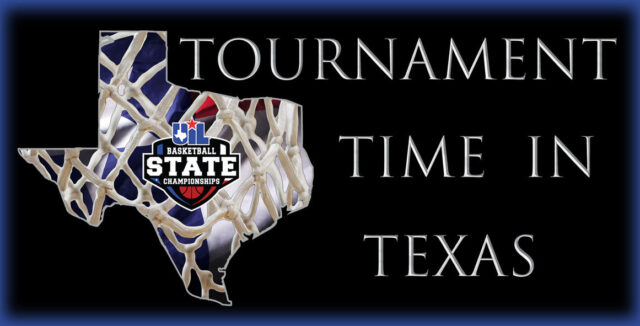 EAST TEXAS – The 2019-2020 Girls’ UIL Basketball playoffs got underway on Monday, Feb. 17 and the boys’ postseason will begin on Feb. 24. Not to disparage any area teams, but of the 12 school districts in Anderson and Houston counties, only two, perhaps three, have a legitimate shot at making it to San Antonio.

Starting with the girls, Grapeland defeated the Frost Lady Polar Bears by 40 in the Bi-district round on Monday. Their next opponent will be the winner of the game between Hubbard and Valley Mills. The Sandiettes will most likely beat whoever they play in area by at least 30 points which will move them into the Regional Quarterfinals.

Once there, Grapeland will probably face the Kerens Lady Bobcats. Kerens will provide a test, but the Sandiettes should get by the Lady Bobcats and move into the Reginal Semifinals. In the semis, the Sandiettes will face an unknown team that is currently unranked.

Regardless of the opponent, Grapeland wins to advance to the Regional Finals where they will more than likely face the Woden Lady Eagles. It will be a tough game for Grapeland as the Lady Eagles are currently ranked #9 in Class 2A and sport a record of 33-1.

The Lady Eagles will put up a good fight, but in the end the Sandiettes come out victorious and book a return trip to the Alamo City.

On to the boys. Two teams with very real championship aspirations are the Grapeland Sandies and the Crockett Bulldogs. Starting with Grapeland, the Sandies will face the fourth place team out of District 19-2A.

The District 19-2A representative will be either the Kerens Bobcats or the Cross Roads Bobcats. Either way, the Bobcats will pose no threat to the Sandies who should have Deco Bryant back for their playoff run.

Given that Grapeland will almost assuredly move into the Area Round, the Sandies would then likely face the Chilton Pirates. Chilton will be tough but the Sandies should win the Area match-up by at least 25.

Here’s where it gets a little sticky. The Sandies will face their toughest test of the year when they face off against the presumptive runners-up of District 22-2A. For the last three years, the Region III tournament has featured the Tenaha Tigers, the Shelbyville Dragons, the Grapeland Sandies and a fourth team, which has varied. This year’s fourth team poised to join the Big 3 very easily could be the Slocum Mustangs.

If that’s the case, look for the Mustangs to give the Dragons fits in one semifinal while the Sandies will square off against the Tenaha Tigers in a game where either team could win. Grapeland, however, seems to have more speed and depth this year and should be able to win by at least 10.

That would set up a Shelbyville/Grapeland matchup in the Regional Finals for the third straight year. This time, look for the Sandies to score more than two points in the first quarter as they beat Shelbyville by seven to return to San Antonio.

Fortune might very well smile on Houston County this year as the Crockett Bulldogs have a real shot at a state championship. The Bulldogs will square off in a bi-district matchup against the fourth place team from District 19-3A and will win in a cake walk.

In Area, Crockett is likely to face the Keene Chargers but the Bulldogs’ speed and size will simply be too much for Keene as Crockett dominates by 30.

The Area win would move Crockett into the Regional Quarters where their opponent may well be the Little River Academy – a top 10 team. It will be a good game but the Bulldogs should win and advance to the Regional Tournament.

Here is where the rubber meets the road. If things play out as expected, Crockett’s Regional Semifinal opponent will be the #4 ranked Coldspring-Oakhurst Trojans. The Bulldogs won an early season game against the Trojans by one and if they defeat them again, Crockett may have a rematch with the East Chambers Buccaneers in the Regional Finals. The Bulldogs are hungry and should take that next step to join their neighbors to the north in San Antonio.

This is all just pure speculation but there was some thought put into it. Anyway, the playoffs are here and there is simply no better time of year if you’re a high school basketball fan. Regardless of what happens, enjoy the games, remember these are only kids and it really is only a game. See ya on the Riverwalk!!