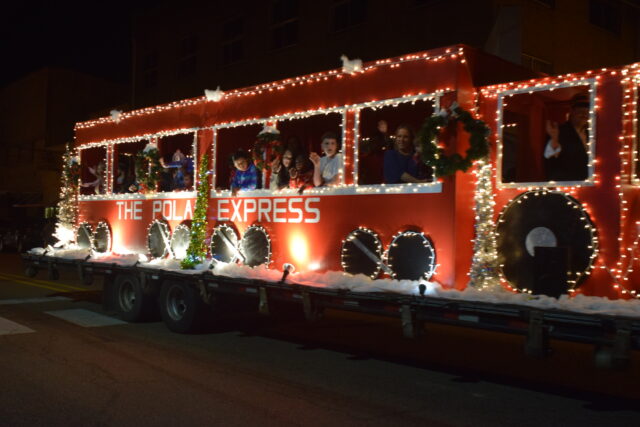 CROCKETT – The Christmas season kicked off in Crockett on Thursday evening, Nov. 21 with a parade sponsored by the Houston County Career Women.

The weather was a frosty 71 degrees outside but regardless of the warm temperature, the parade participants made those in attendance feel like they were in a Winter Wonderland.

Santa was able to work his magic and keep any inclement weather at bay as the parade cranked up just after 6 PM.

As the claxons of police and fire vehicles signaled the start of the parade, children and adults alike lined the courthouse square to catch a glimpse of the many fabulous floats, tricked out tractors and melodious marching bands.

The awardees for this year’s parade entrants were:

From the Desk of GISD Superintendent Don Jackson
The Best of Houston County
Salmons Honored with Proclamation, Key to the City