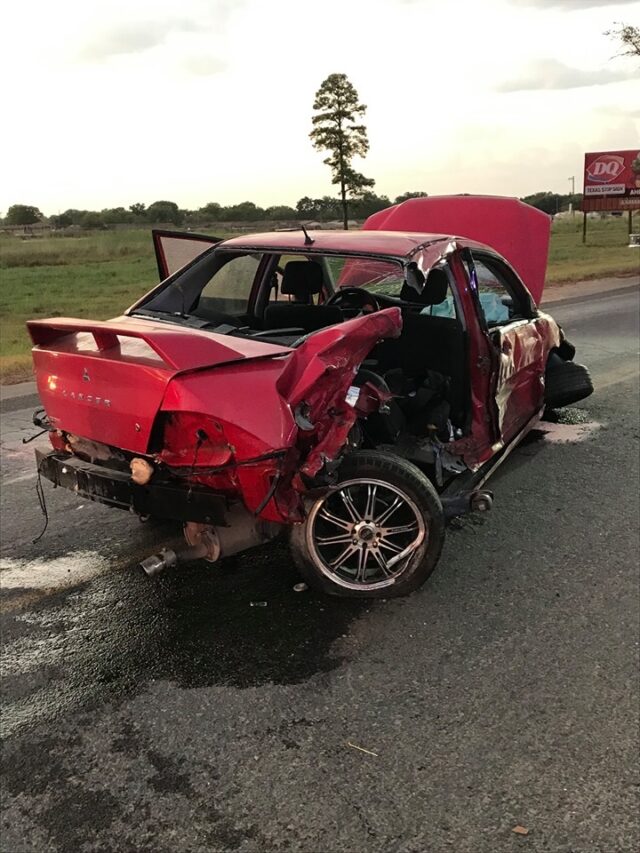 CROCKETT – A police pursuit which originated in Trinity came to an abrupt end on the outskirts of Crockett when the vehicle being pursued slammed into a Crockett Police Department Patrol Unit.

On Wednesday, Aug. 21, officers with the Crockett Police Department were dispatched to assist with the motor vehicle pursuit.

“Trinity PD initiated a pursuit and pursued them into Houston County. “(The) Houston County (Sheriff’s Office) got involved and they notified us (Crockett Police Department) to have our officers deploy spike strips or stop sticks. We had two units that successfully deployed stop sticks,” Crockett Police Chief Clayton Smith indicated Thursday morning.

Smith said he was on his way home when he heard the dispatch.

“I went back to the office, got in my car and went out with them. I parked in the intersection with the idea of causing the suspect to go around the loop (Loop 304) and not go through the more populated areas. He decided he was going to come on through,” Smith said.

“He was going well over 90 miles-per-hour when he hit it. Crockett Police Department unit. We got him out of the vehicle, and transported him to the hospital with non-life threatening injuries. He was later released and transported to the Trinity County Jail,” Smith said.

There were no police officers injured during this incident.

Smith was asked if he knew why the suspect, identified as 43-year-old Leif Epperson Gonzalez from Huntsville, decided to run from the police and he replied, “I believe he may have been intoxicated and they were investigating him in Trinity County for an alleged assault. That’s about all we know as far as on their end.”

Staring Down the Barrel of a Gun
What’s Next for the CEIDC?
Students Prepare for Houston County Fair and Livestock Show