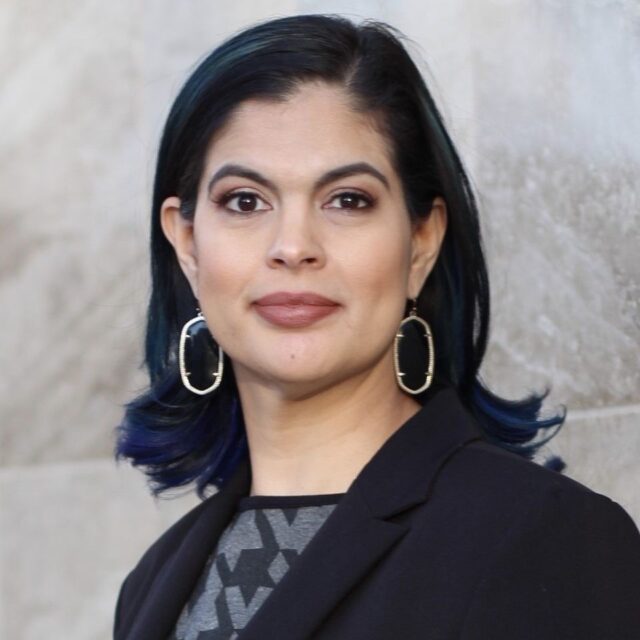 EAST TEXAS – Kevin Brady has represented the 8th Congressional District of Texas since 1997 and has often run unopposed in the Republican primary. He has trounced his opposition in the general election more times than not and is seeking re-election once again this year.

His opponent this year, Elizabeth Hernandez, is a newcomer to the political arena and is hoping to unseat the 12-term congressman. To do so, she has launched an effort to explain her platform to voters and recently contacted The Messenger to voice her stance on issues facing East Texas voters.

“One of the reasons most people don’t know who I am is because I have never been politically active before now. I have never run for political office. I wasn’t really political active until now was because I was working full-time, raising my three children and going to school. I’ve been doing that for a long time, but I just graduated from Sam Houston State University on Aug. 1 with my accounting degree,” Hernandez explained.

She said she had been working in the accounting field for nearly 20 years but never had her degree until recently because she was trying to raise her family.

“I chipped away at it, little-by-little, taking some time off when I had my kids. I have a 15-year-old daughter, an 11-year-old son and a five-year-old daughter. They are all in public schools in Conroe ISD and I have lived in the Woodlands for almost five years. I moved from the Dallas area. It’s where I was actually born but I went to high school and graduated high school in Pasadena, Texas. I still have family in Pasadena and in the Dallas area,” she said.

Hernandez said she considers herself as an everyday American and added she decided to run for office “… because she felt she had no other option with the political climate we are in. Kevin Brady has gone unopposed many times and I don’t think anyone should go unopposed.”

In the primary election, the newly-minted accountant said she had an unexpected opponent and found out on the last day to file that Laura Jones had also tossed her hat in the ring for the Democratic Party’s nomination. Hernandez defeated Jones by a margin of 59.8% to 40.2 %.

Changing gears, Hernandez said she had been a single mother, lived paycheck-to-paycheck, had student-loan debt and struggled with health insurance issues.

“We need – in (Texas Congressional) District 8 – we need people who understand those everyday struggles who are willing to step up and make the commitment. I feel like Brady is not representing District 8 but rather he is representing donors who don’t even live here. As someone who has lived with these everyday struggles, I can empathize with them and I am willing to fight for people dealing with these types of issues. We need proper representation. Right now, I feel like Brady is a puppet to Trump. He votes with Trump 98% of the time. That is not what we need in District 8. We need someone who will stand up to Trump,” she said.

The Democratic nominee said some of the most important planks in her platform concerned healthcare, education, civil rights and the infrastructure of the congressional district.

“With education, we need more teachers in the classrooms and we need to have more counselors available to students. Specifically in the Woodlands, suicide rates are at an all-time high. They have been for a very long time and it is something that is very important to me,” she said.

She also stressed the need for better, more affordable daycare, after-school tutoring and better feeding programs throughout the school districts.

In regard to civil rights, Hernandez said she felt this was a huge issue facing America.

“Discrimination in society and in the work place is obviously going on. There are not a lot of deterrents for employers not to discriminate. The reason I am saying this is because if you are discriminated against at your job and you file a claim with the EEOC (Equal Employment Opportunity Commission), the EEOC will do an investigation and they typically won’t do anything except issue a letter that says you have a right to sue. You have to wait on that letter and then you have to hire an attorney willing to take your case. It could take many months or years to go to court and if you go to court and win, there are damage caps of $300,000. For large corporations, that’s a drop in the bucket. How is that going to deter discrimination? So basically, the EEOC has no power,” she said.

The Occupational Safety and Health Administration (OSHA), on the other hand, has the power to make employers jump through hoops to comply, Hernandez said, because of OSHA’s ability to levy substantial fines.

“I believe the EEOC needs to be on an equal footing with OSHA. They need power and that is just an administrative process,” she said.

Another plank in her platform concerned the infrastructure of District 8. She explained that although the district has been one of the fastest growing areas in the country, the infrastructure has not been maintained to keep pace with the growth.

Hernandez said there are currently 23 bridges in the district which are crossed over 30,000 times daily. These bridges are classified as structurally deficient, she said, which jeopardizes safety and makes it much more difficult to conduct business in the area. It delays transportation of goods, slows drive times to work, which cost time and money, and impacts the ability to attract new business to the district, she said.

Hernandez also addressed the tax cuts implemented by Brady in 2018.

“A primary goal of mine if I get into office is addressing that and getting rid of the tax cuts for the wealthy. Not the working class or middle class, but the wealthy. Everything costs money and at the end of the day, if we want better healthcare or better schools, they cost money. Everyone’s question is how are we going to pay for it and the Republicans claim we don’t have the money for it. They want to cut expenses and programs. That is not the answer. The answer is reversing those tax cuts for the wealthy. That money is money we can reallocate to things we need for our country,” she said.

For more information on Elizabeth Hernandez, please visit her website at www.lizfortx8.com.